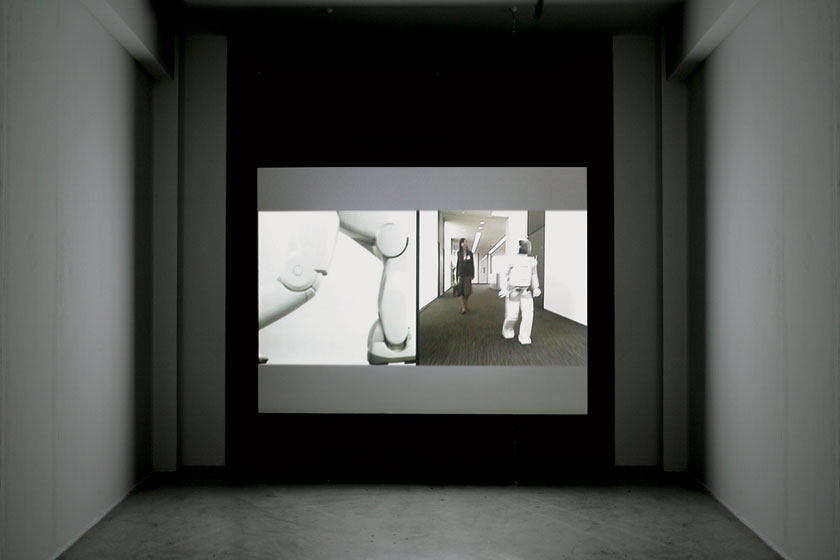 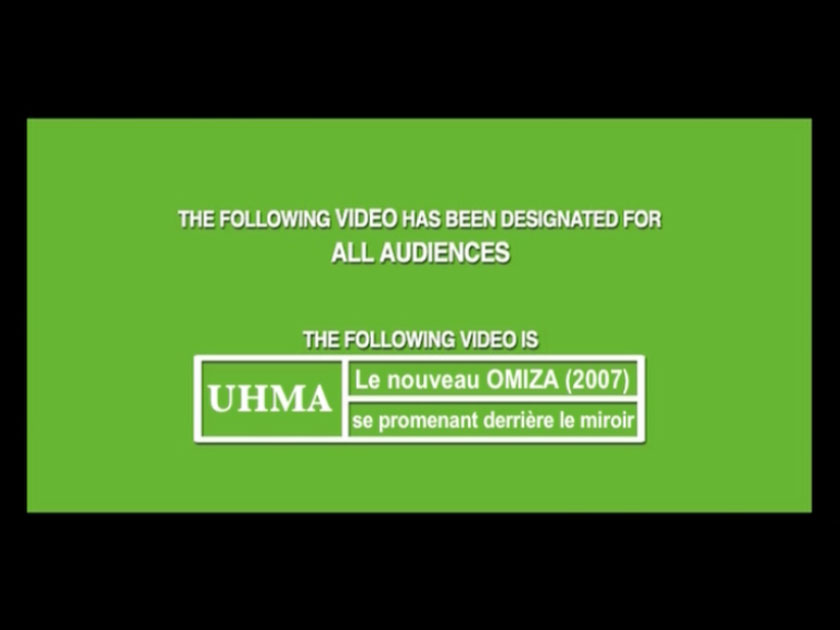 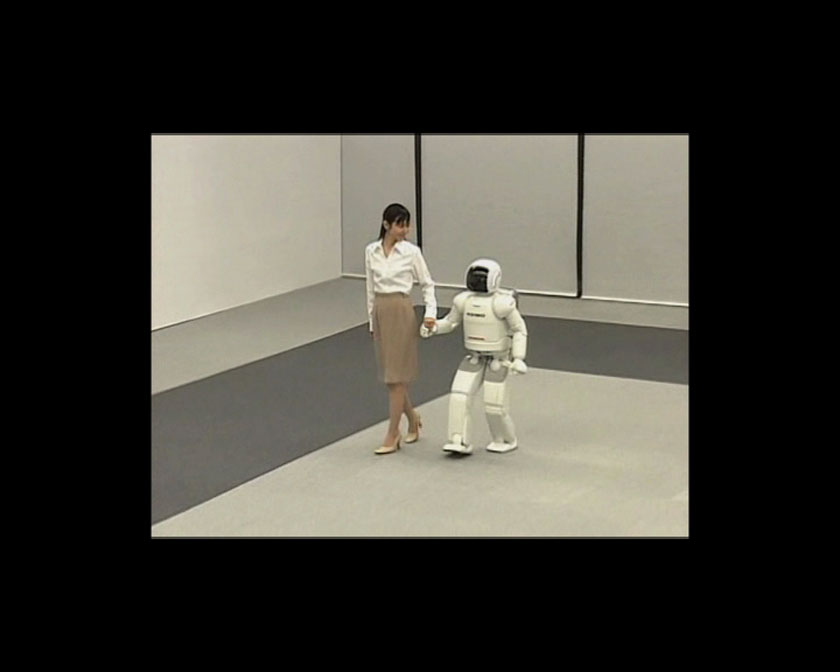 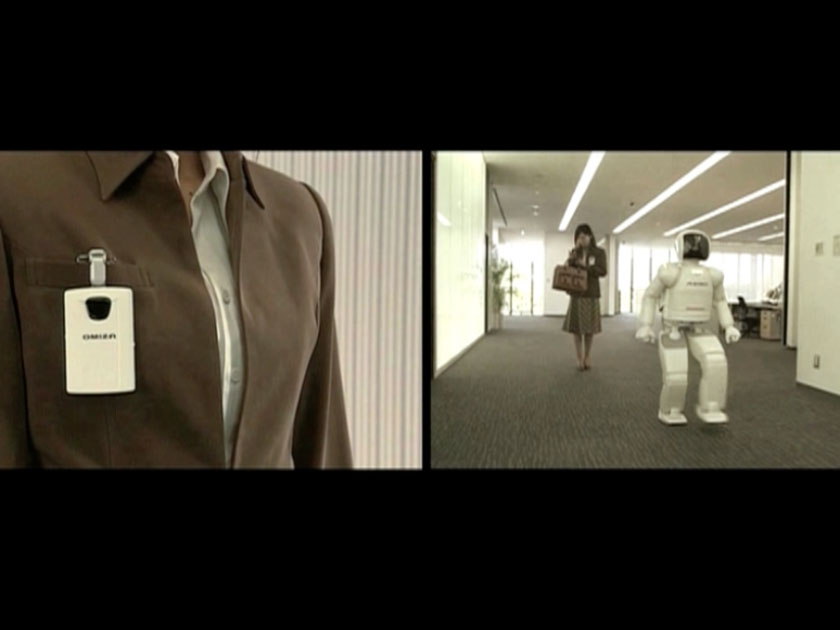 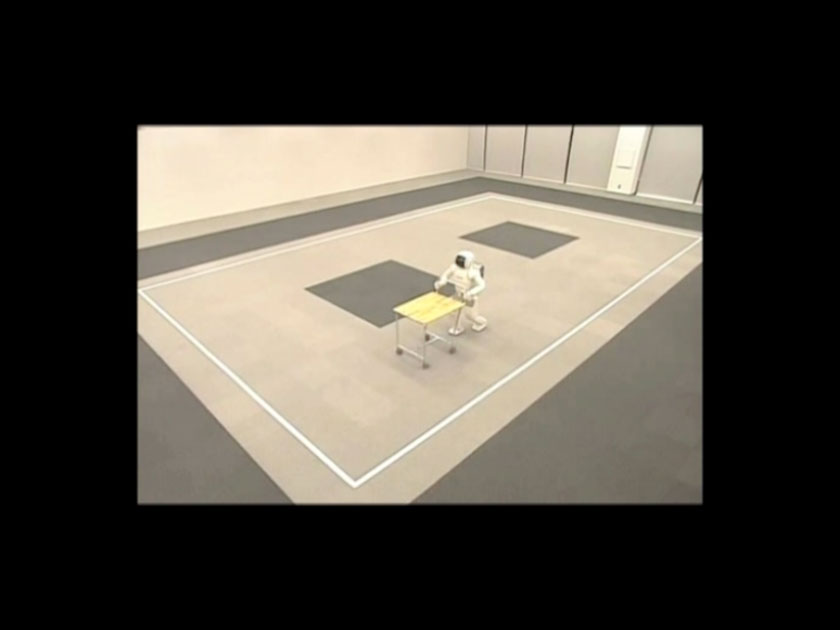 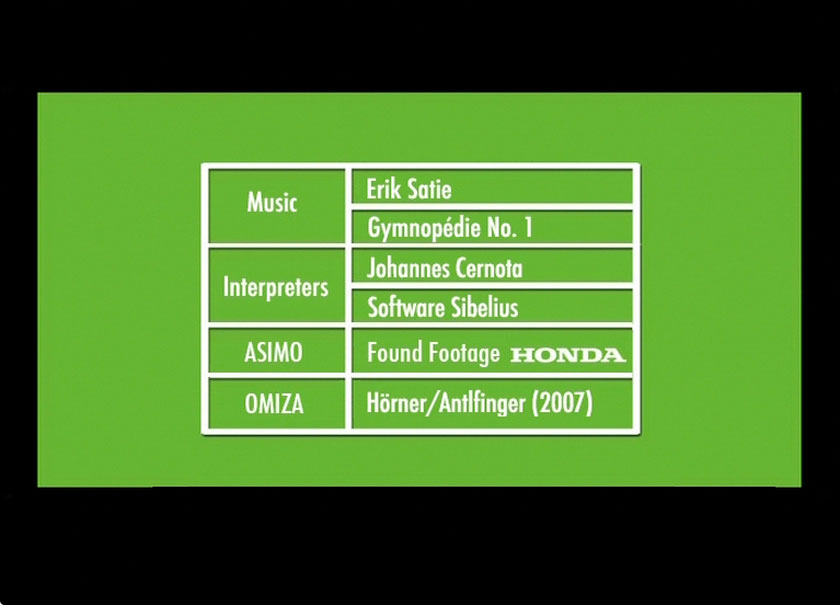 Since the mid-1980s HONDA has been working on the development of humanoid robots for use within the human environment. ASIMO, one of the most advanced humanoids, will in the future be able to carry out such tasks as, for example, looking after the elderly. His counterpart OMIZA places himself on the other side of the mirror. In the company of a woman he learns of a well-ordered world which exists only for him and for their endless walks through the labyrinths of heart.

“The material gathered from research films features the humanoid robot ASIMO. He is already capable of complex human manoeuvres and social behaviour: he goes hand in hand with a young woman for a walk, waiting for her if she lags behind, or steers a trolley correctly within pre-determined pathways. In Le Nouveau OMIZA the first attempts to reconcile human and non-human beings are charted, and a new form of communication is tested. The coming-together of woman and robot is also reflected through the use of sound: Erik Satie’s piano piece Gymnopédie No. 1 is interpreted both by a pianist and by a piece of composition software.“ Angelika Richter 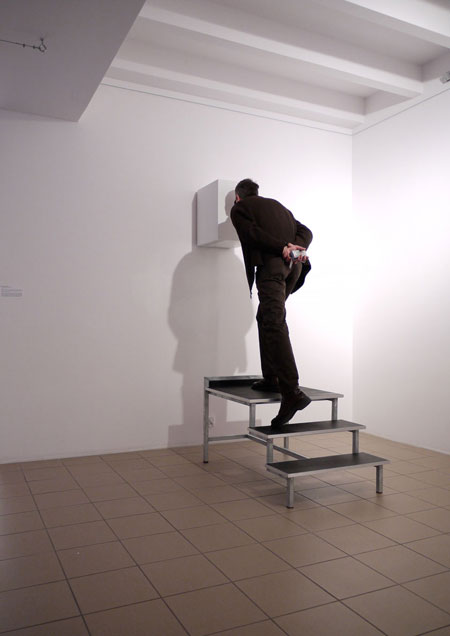 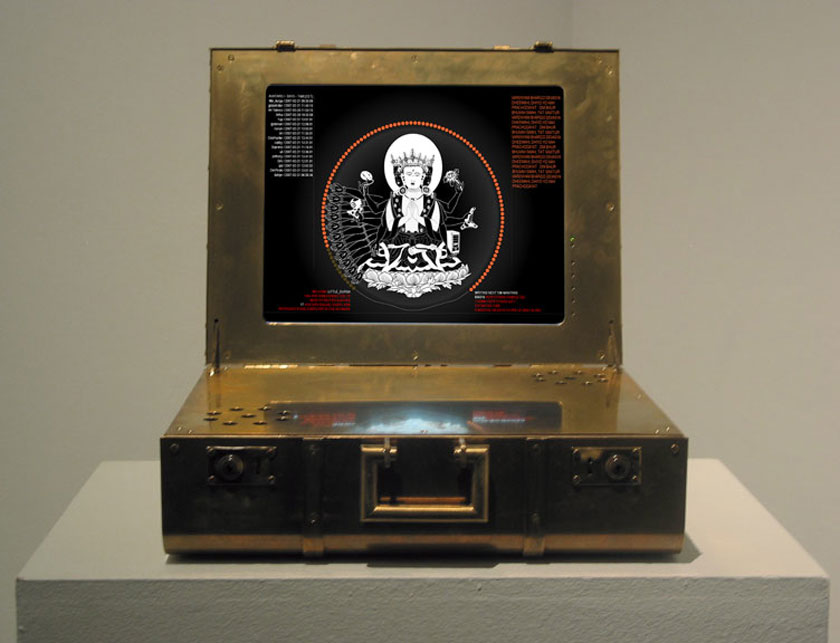 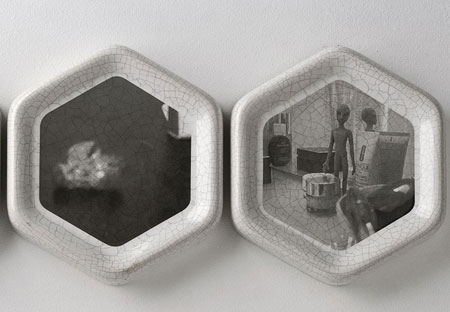