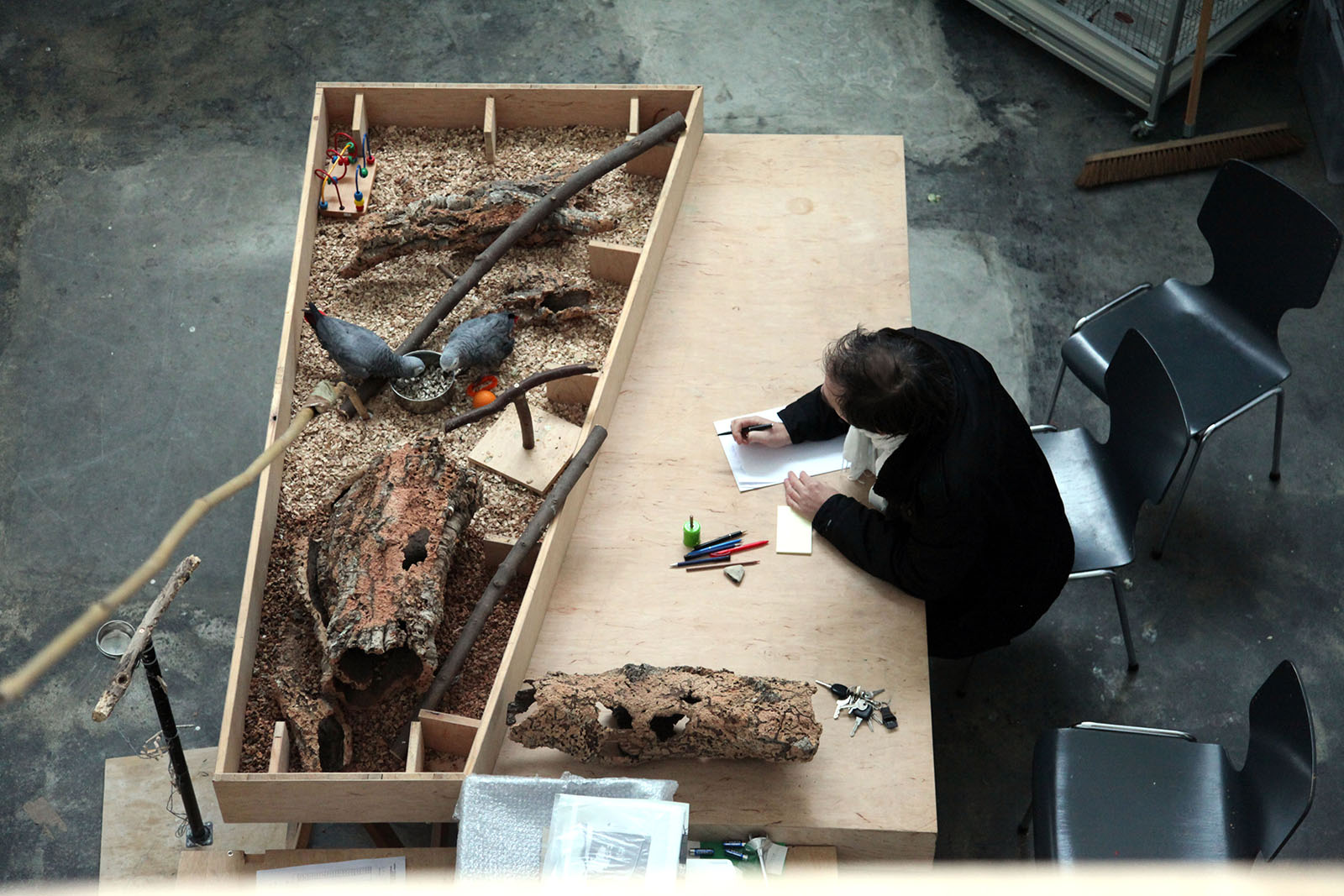 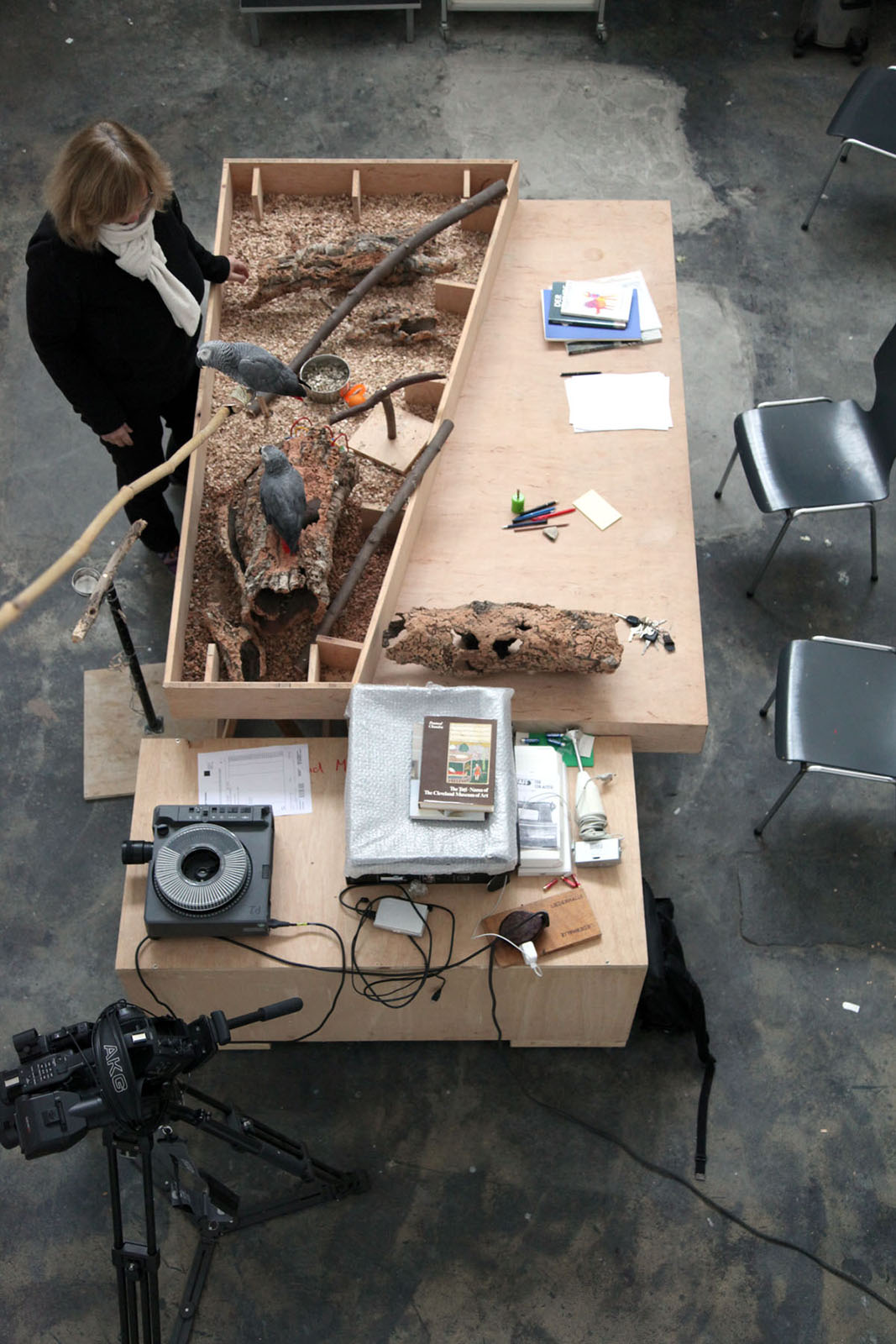 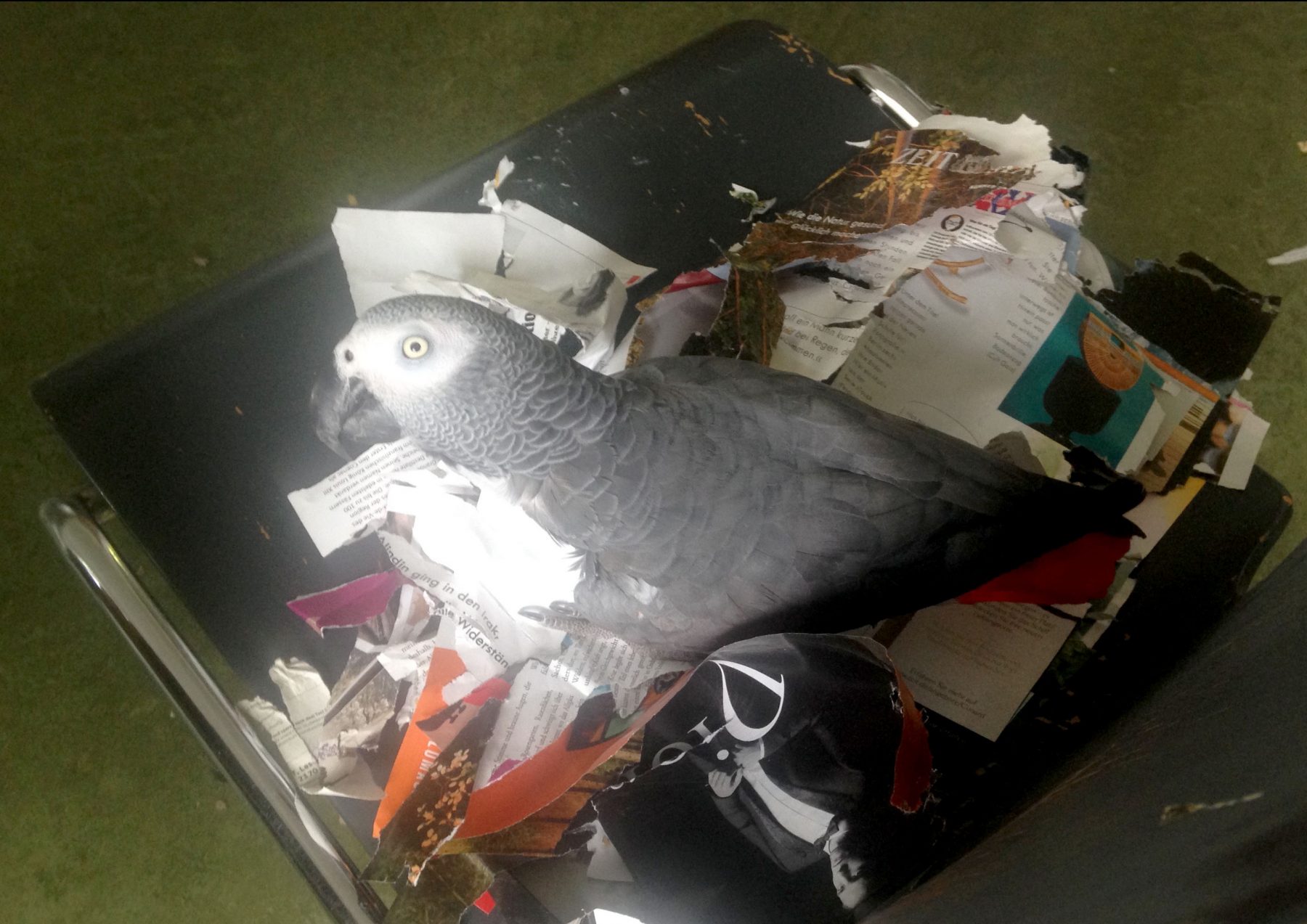 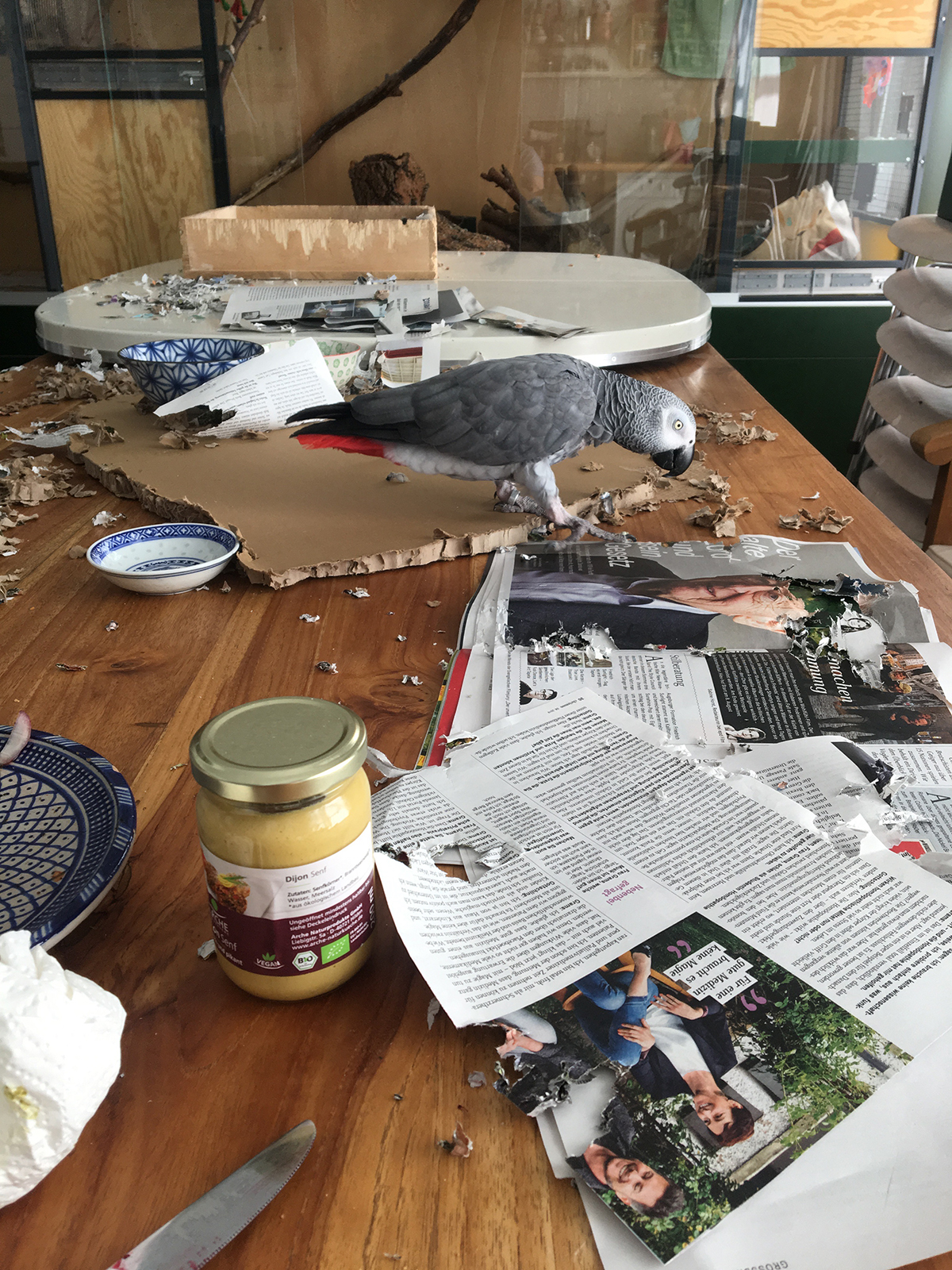 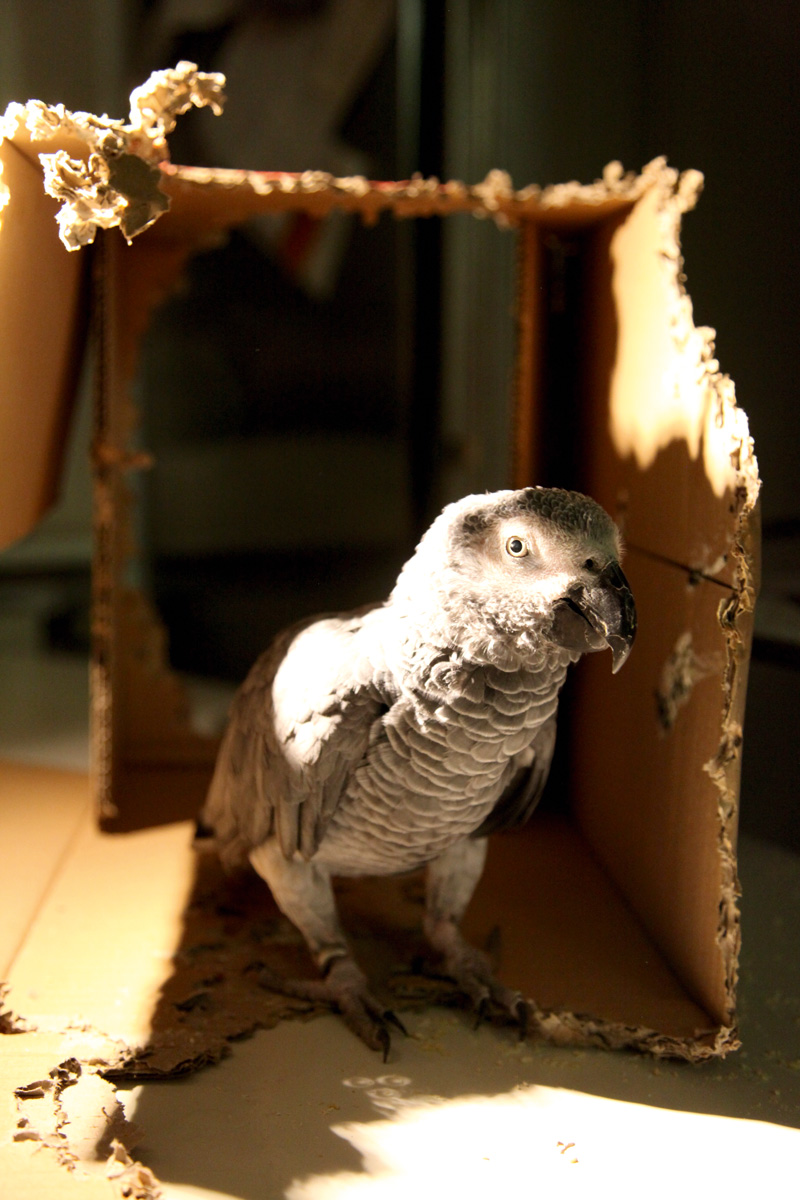 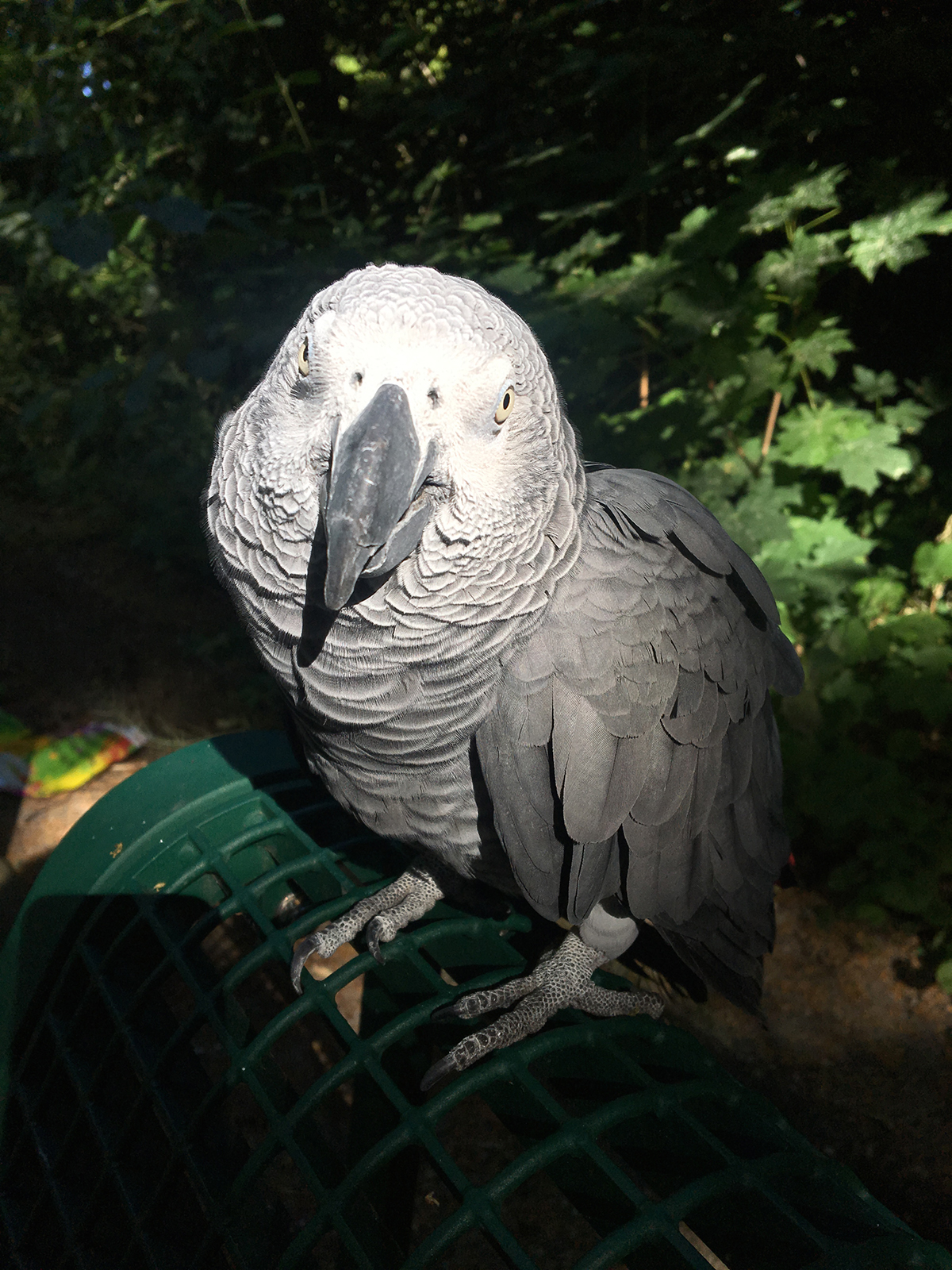 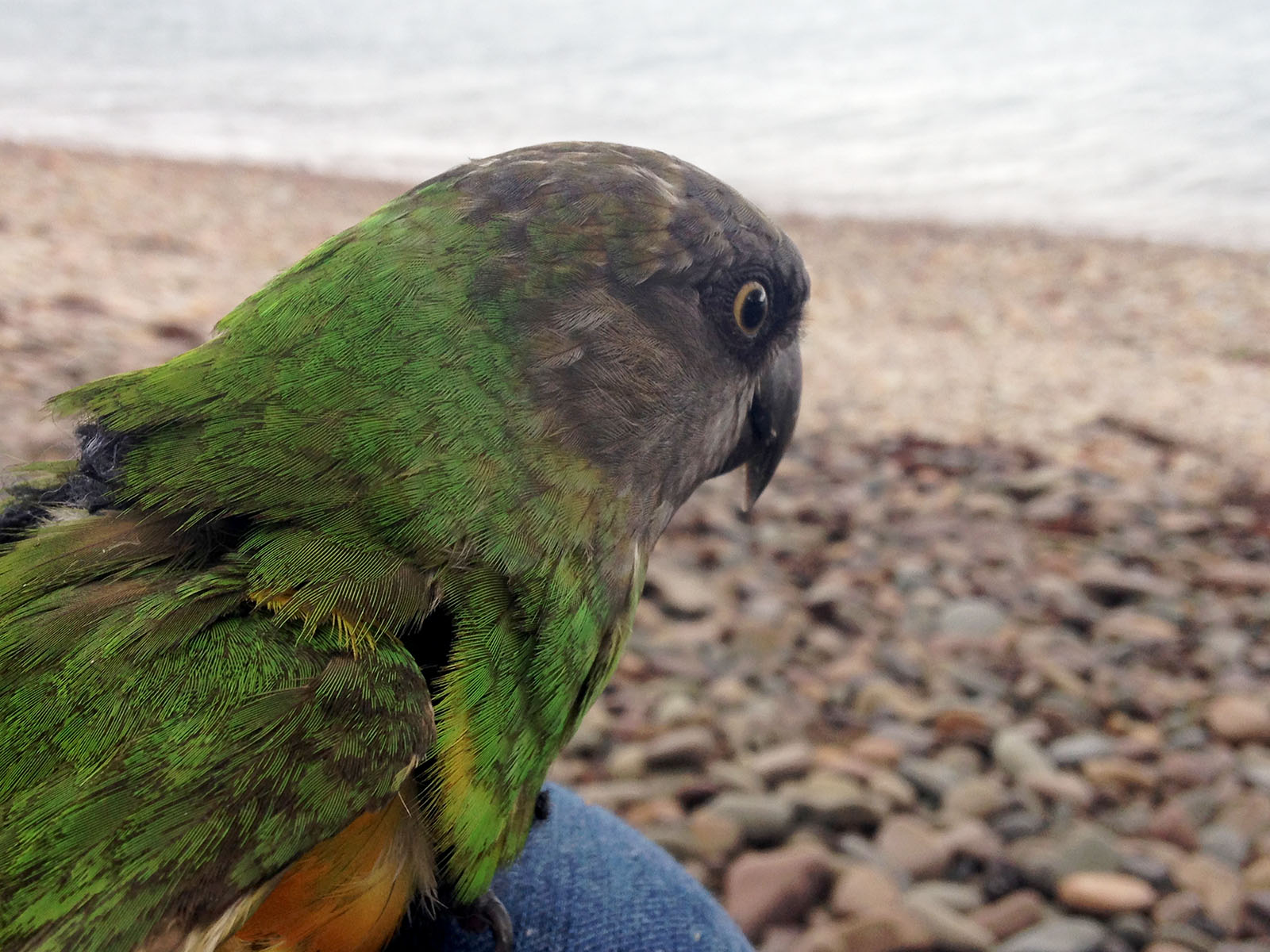 CMUK is an interspecies collective that started with the grey parrots Clara and Karl (†2018) and the artists Ute Hörner und Mathias Antlfinger. In 2016 and 2017 the collective expanded – Casper and Giselle joined in, followed by Theo in 2019. The collaborative project of parrots and humans promotes the decentralization of ‚human animals’ as superior creators and opens up the perspective towards an overwhelming productivity by a non-human agency. CMUK works and plays in a transmedia-oriented manner, using a variety of materials, pro­cesses and contexts. Substraction, décollage and all sorts of destruction are part of the sculptors repertoire. The word CMUK is an acronym composed of the forenames of the founding members: Clara, Mathias, Ute and Karl. In Slovak language it means something like a little kiss.