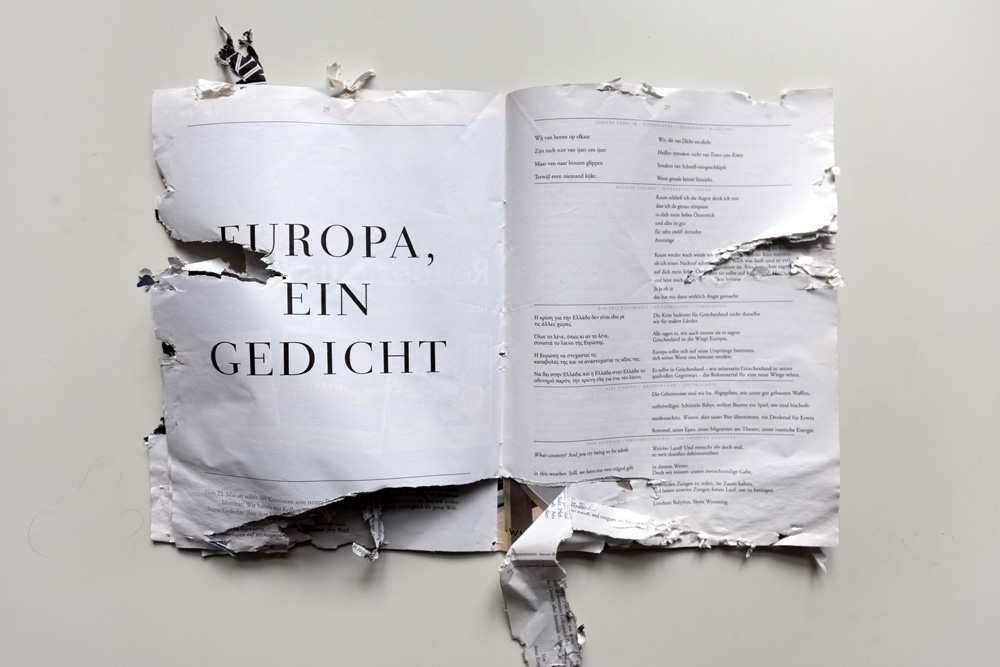 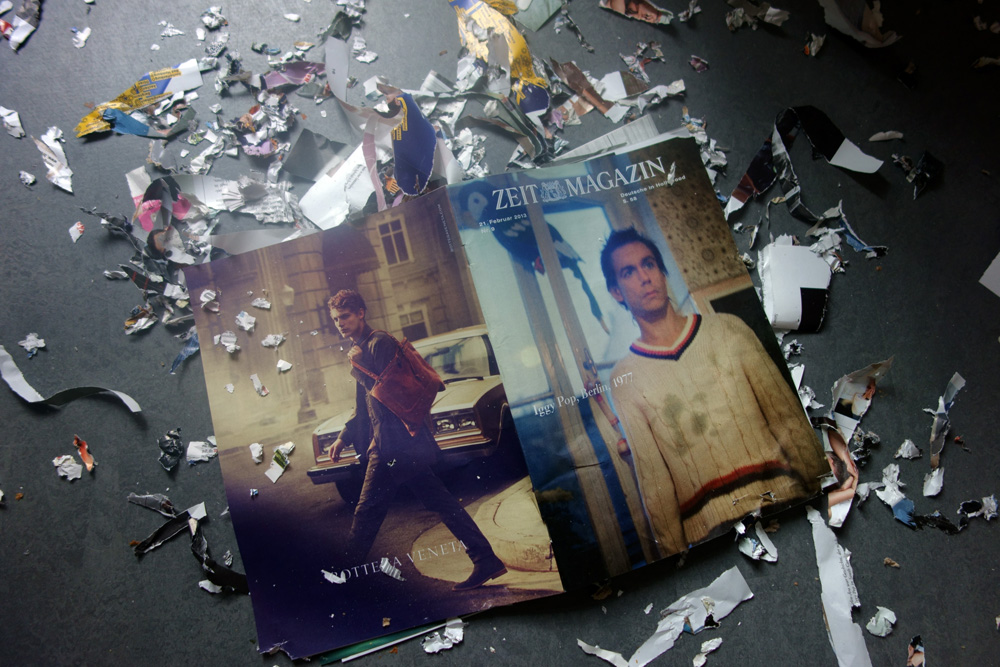 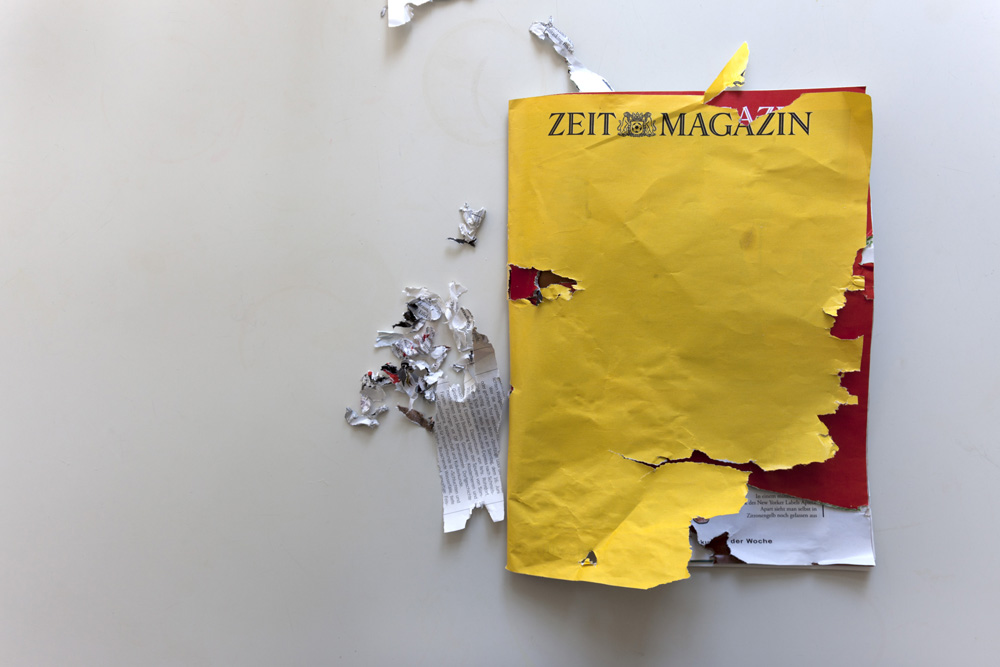 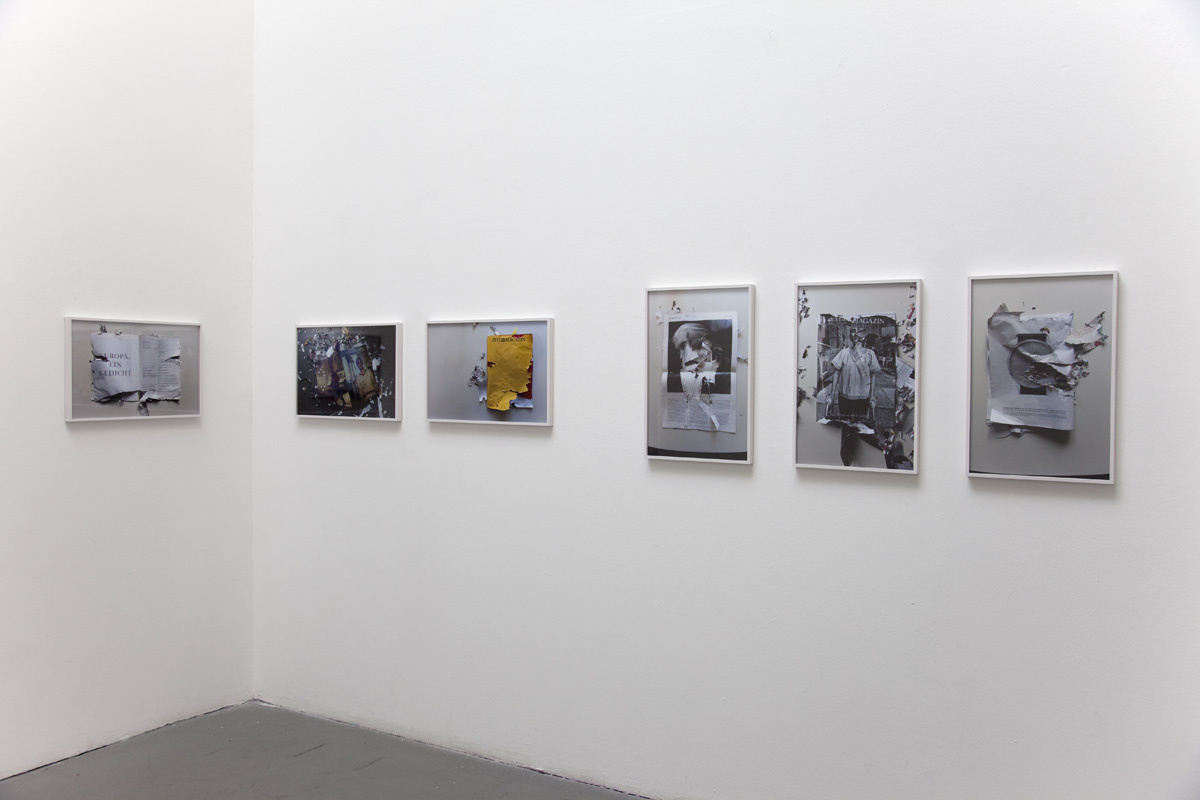 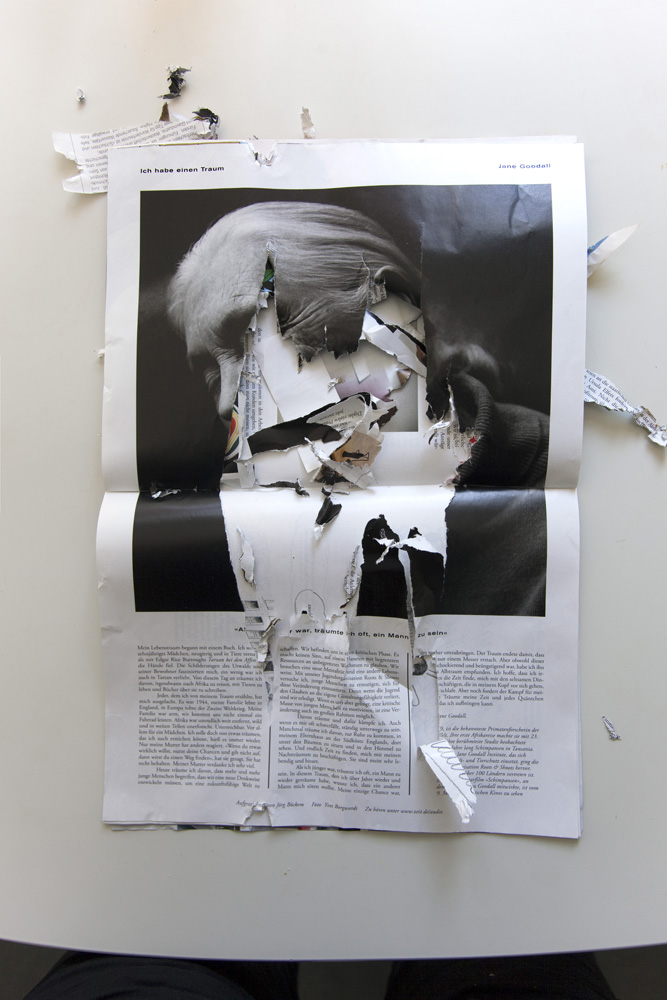 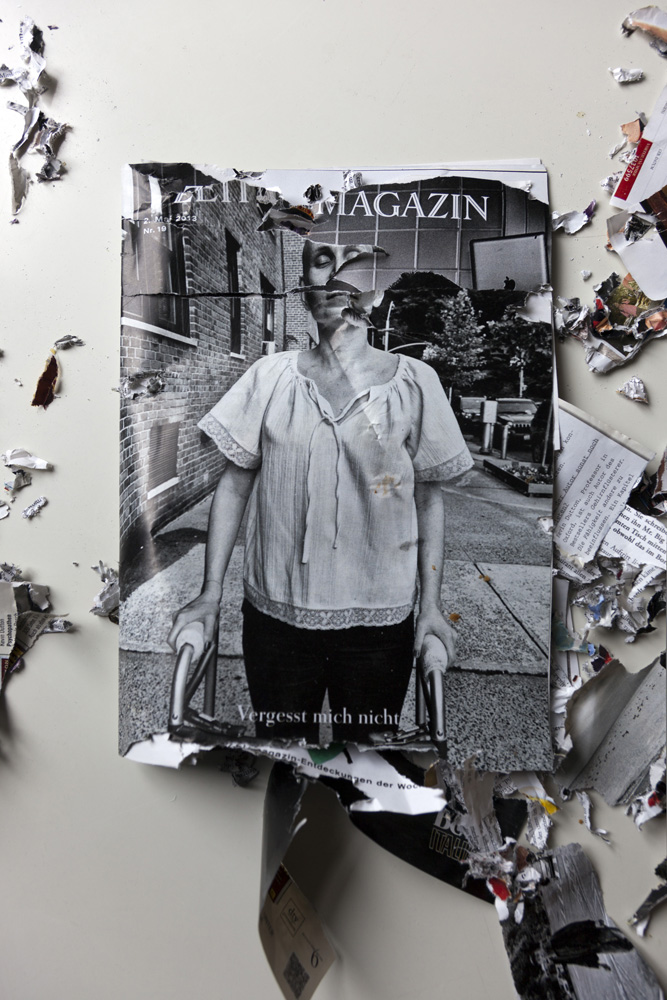 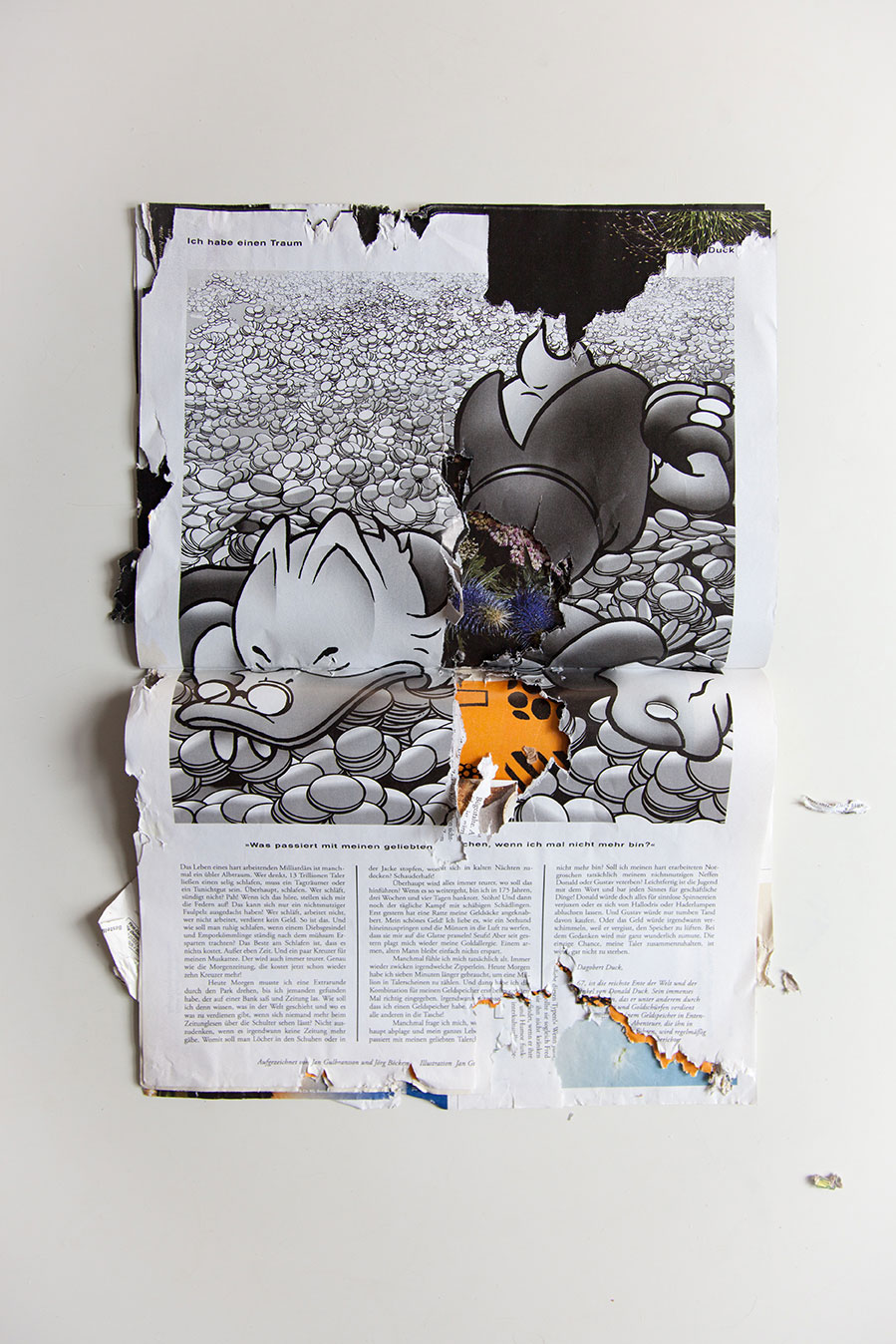 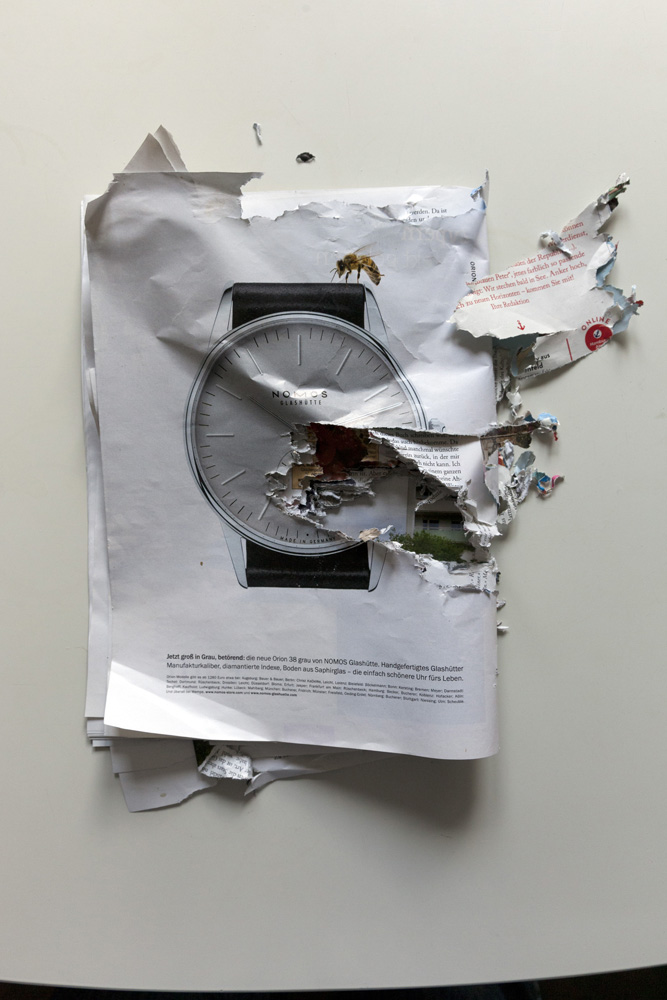 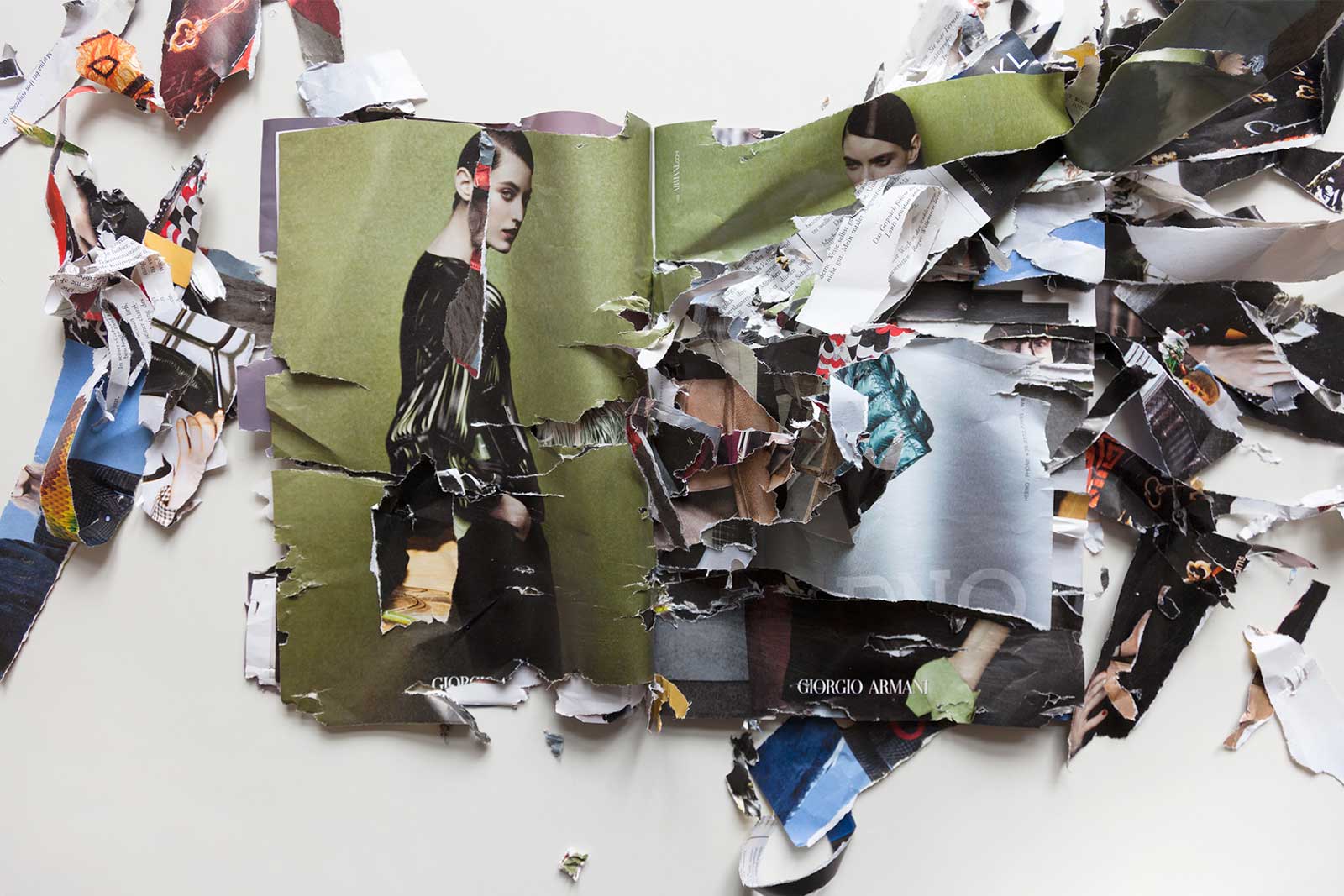 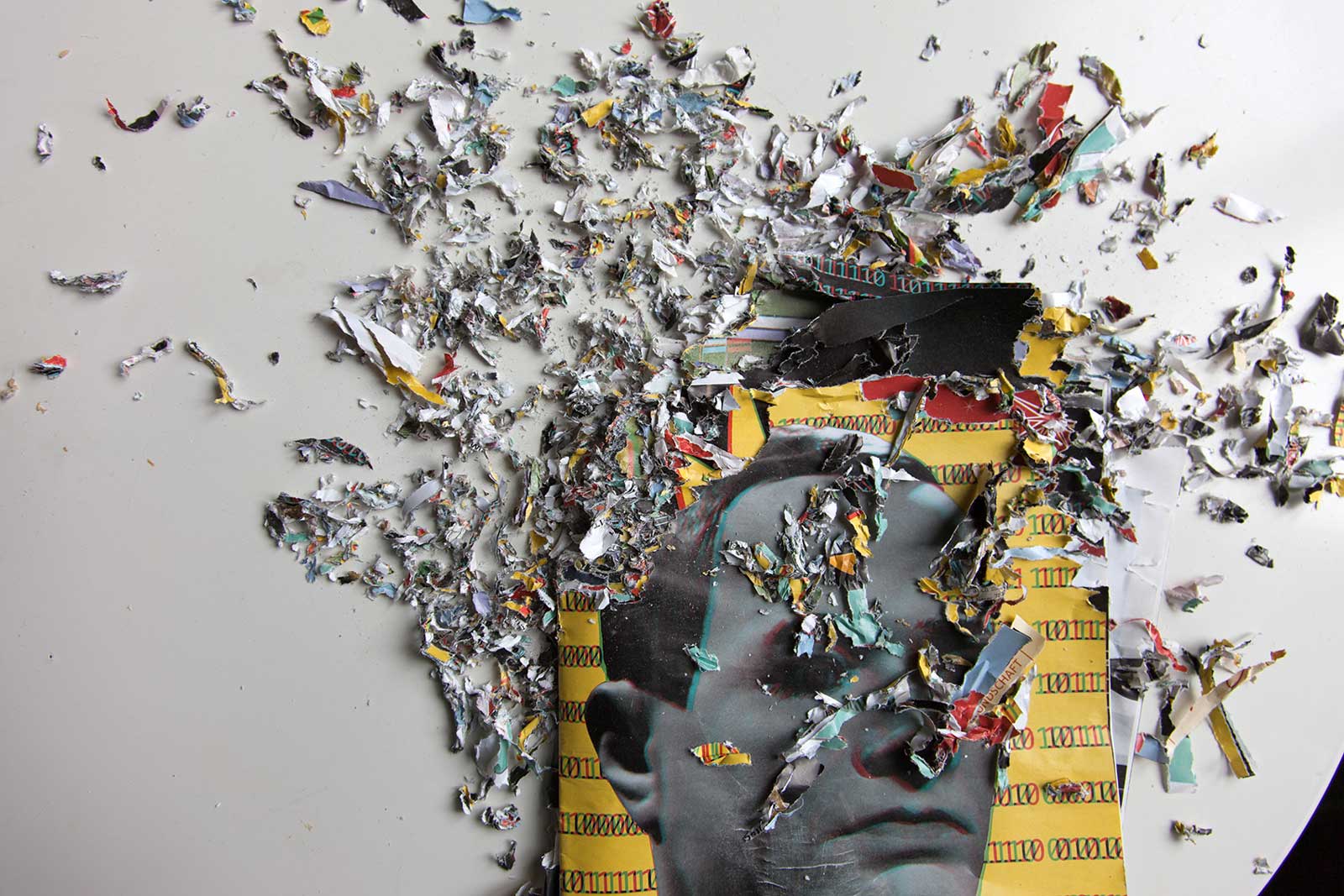 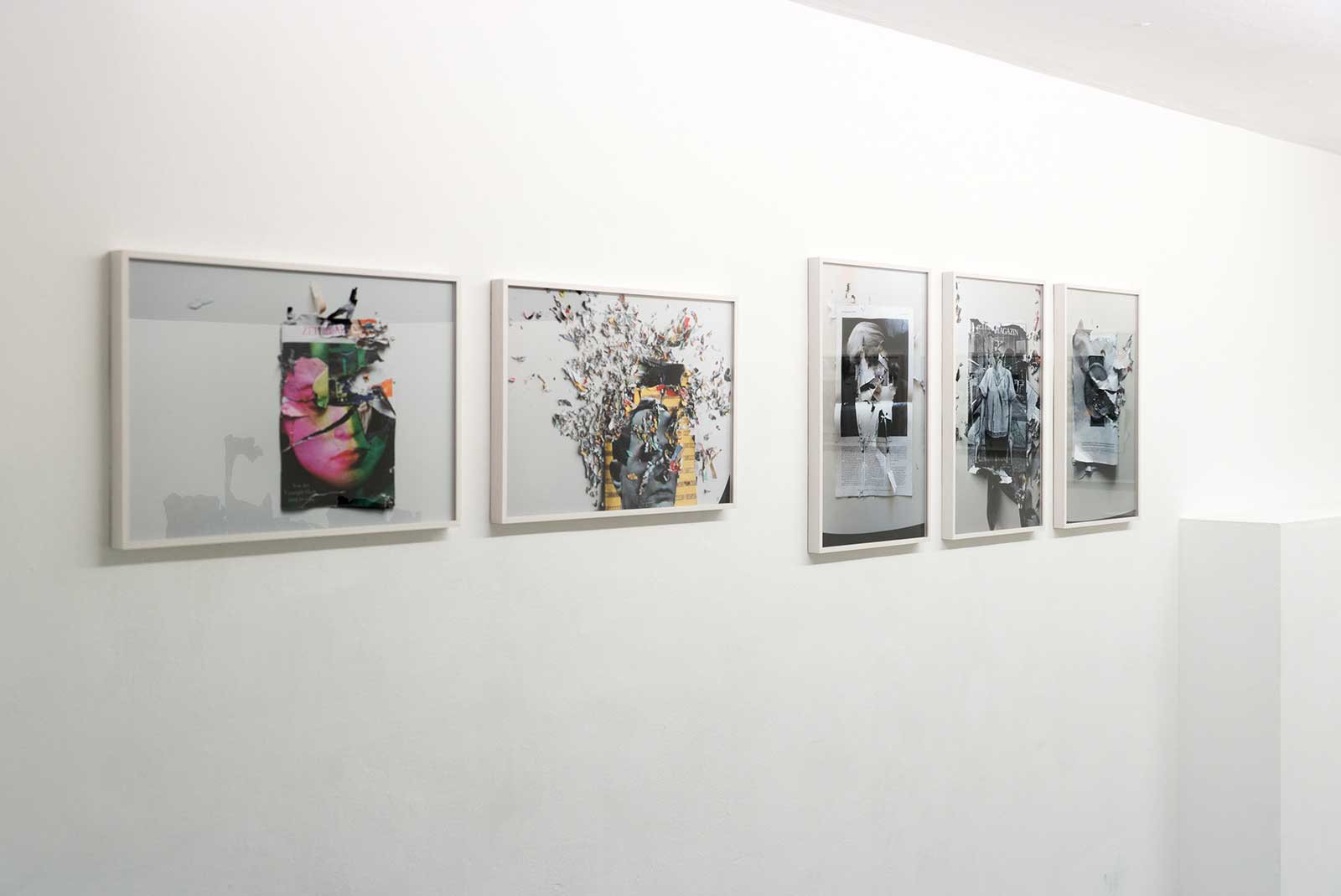 Installation view: THE WORLD WE LIVE IN, kjubh kunstverein, Köln 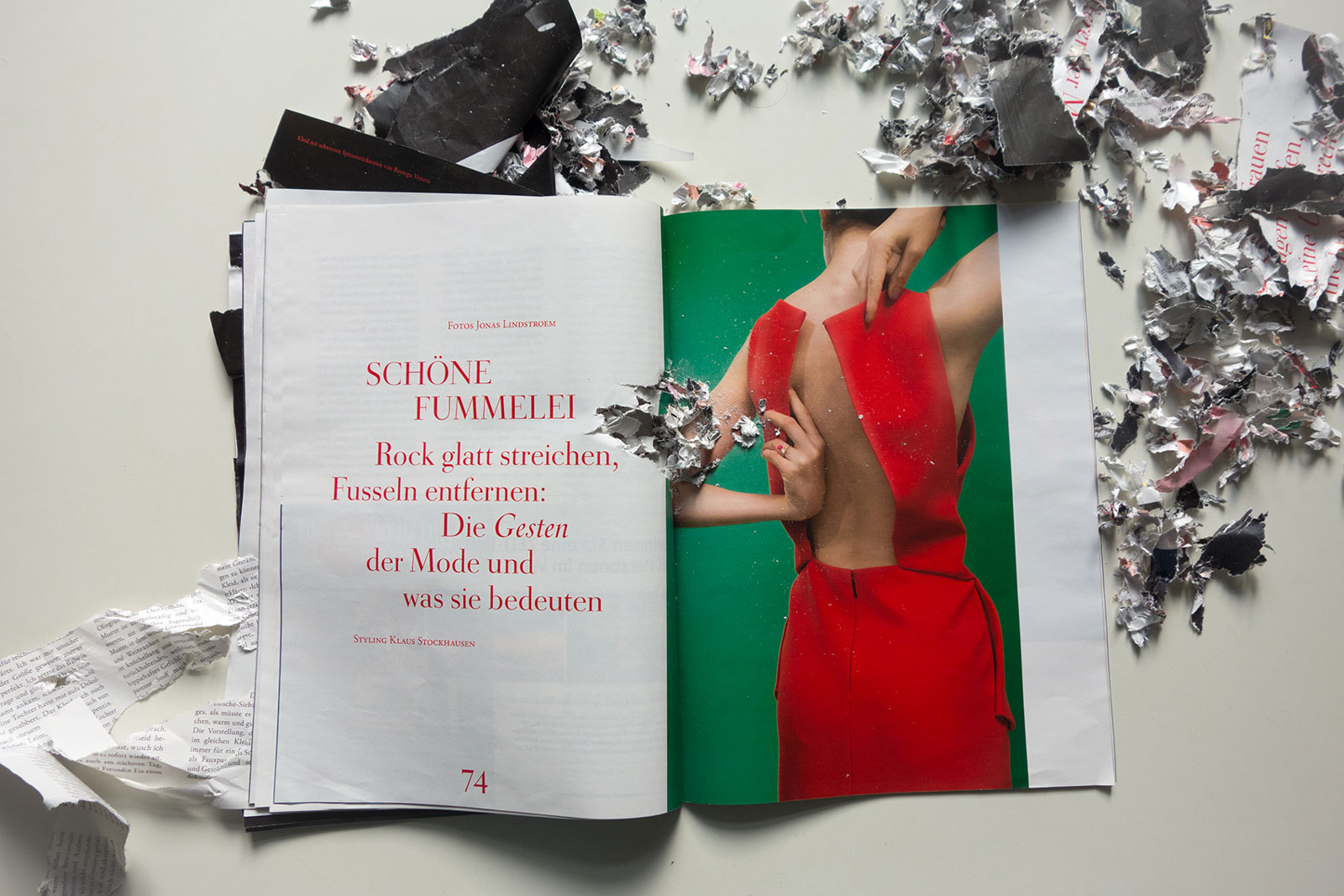 In summer 2014, we began to focus on our animal companions’ creativity – their agency in terms of directing their power to act. This became apparent, above all, in the destruction of objects in our communal environment. This destruction quite obviously had an aesthetic quality and we began to capture it photographically. In this way the series weekly, based on reworked magazines of the German weekly newspaper »Die Zeit«, came into being. While we read the black and white part of the newspaper, Clara and Karl reworked the colour magazine by climbing between the pages, biting them with their beaks and scratching with their claws. As a result, in addition to the holes, shreds and rips produced in the material, new and surprising connections between text and image appeared in the gaps created by Clara and Karl. This work was carried out with great passion. Occasionally they took a step back to have a drink or something to eat before returning to work – just as we do in our studio. This was by no means automatic behaviour, before they started working they needed a certain context or atmosphere to be initiated e.g. by a long breakfast, time and leisure that we participated in.