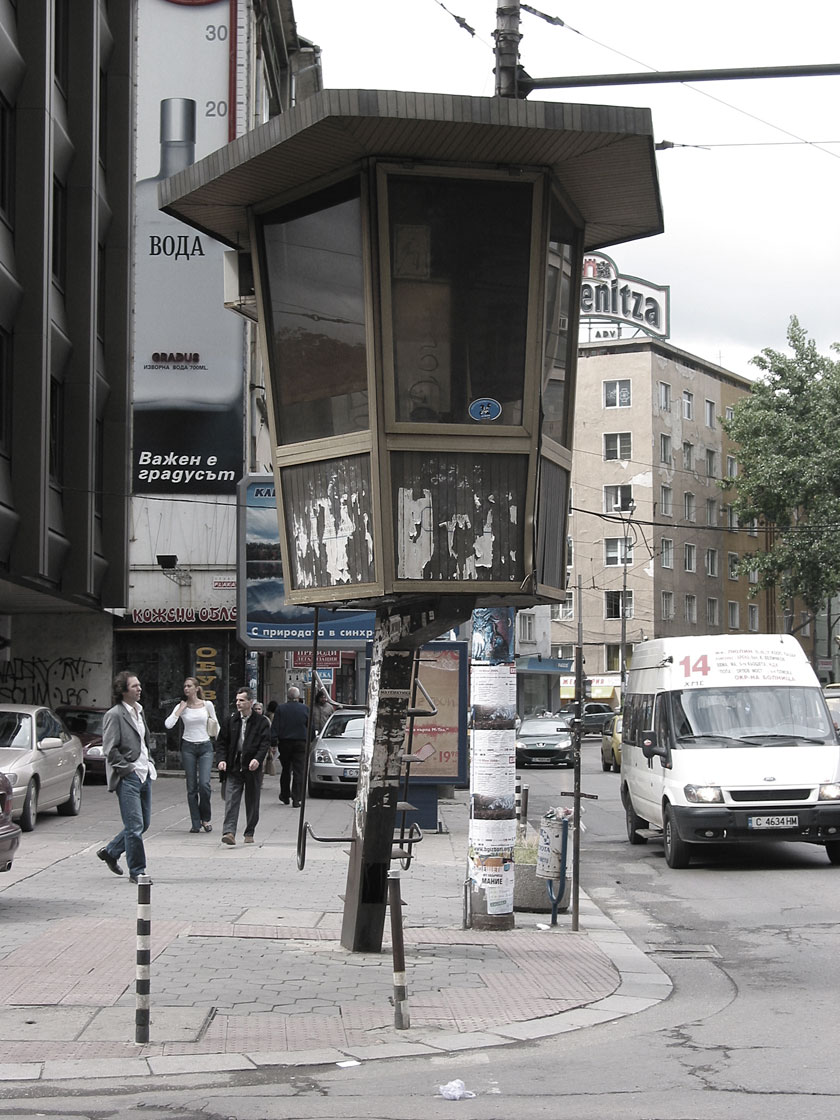 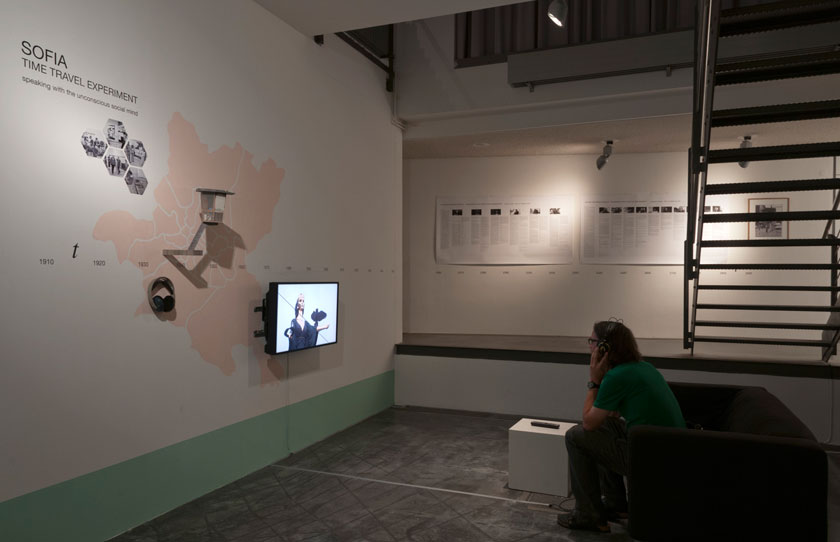 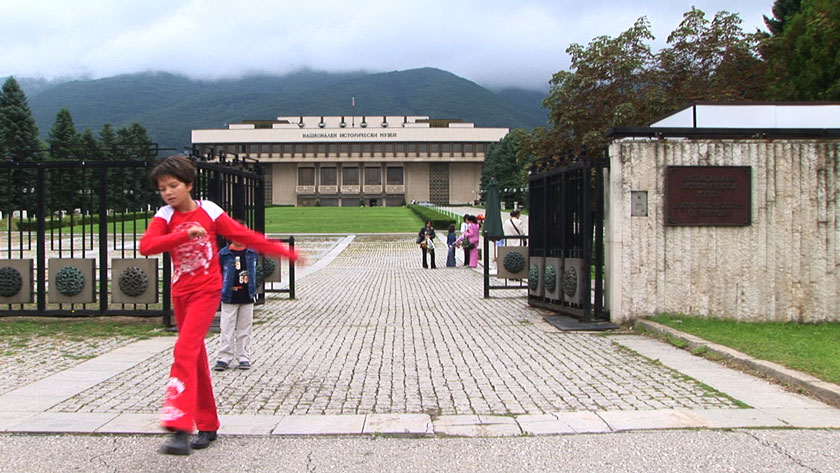 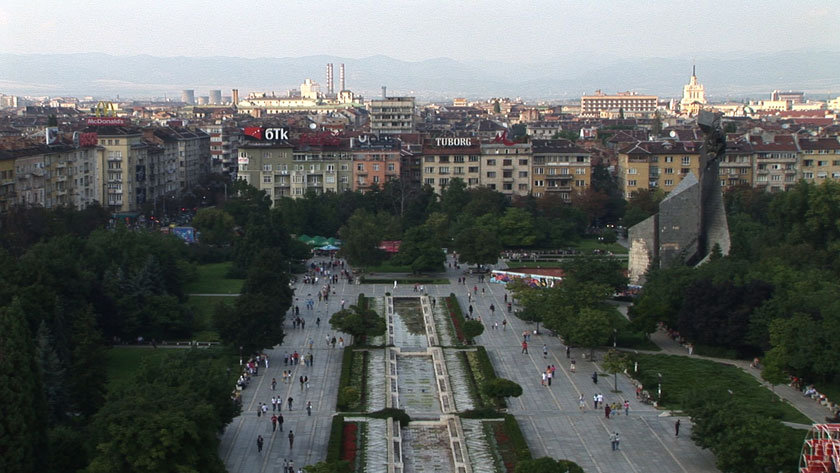 View from the National Palace of Culture 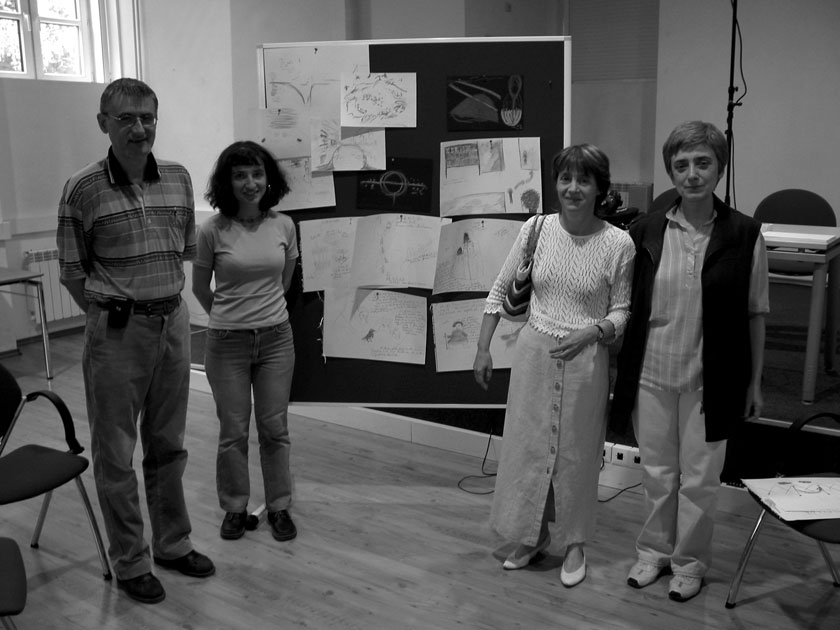 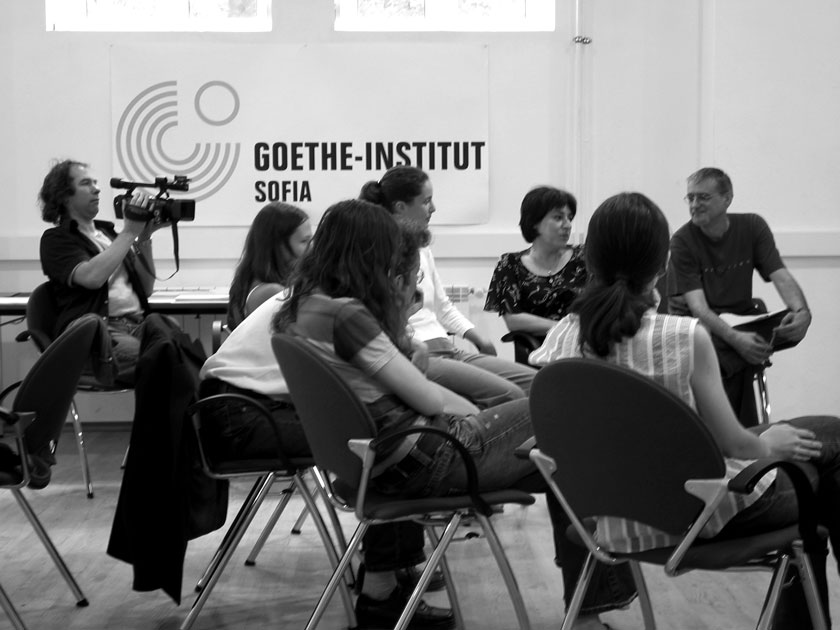 The participants discussing and presenting what they imagined. 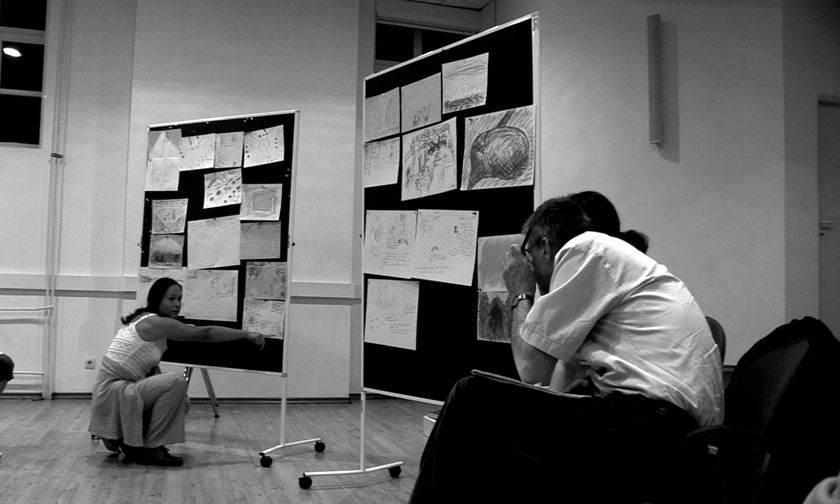 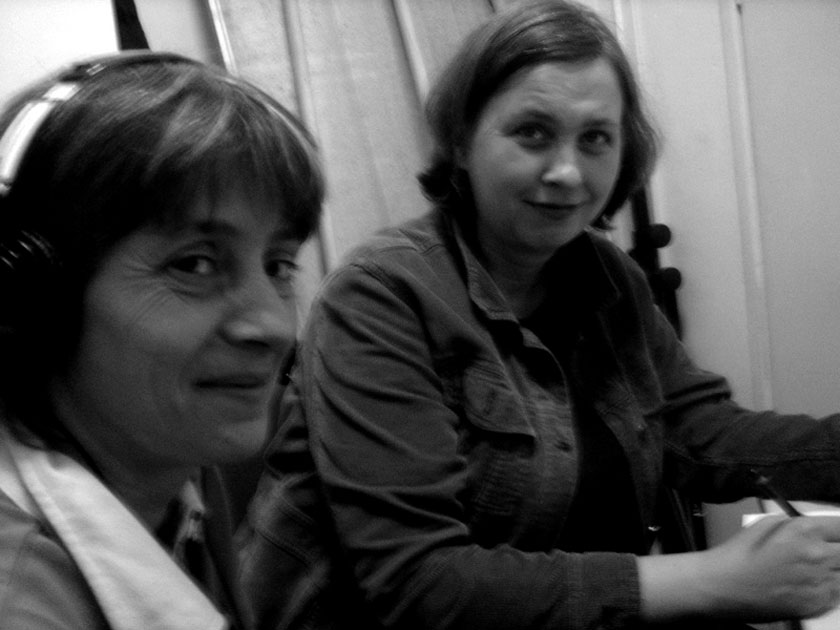 Jenia Georgieva and Ute Hörner in the Translators Cabine.

In summer 2005, we began to devise a series of time travel experiments in which the city of Sofia was to play a central role. Together with Jenia Georgieva and Roumen Georgiev, the directors of the Milton H. Erickson Institute in Sofia, we settled for a combination of two approaches – firstly the traffic police surveillance towers as the point of departure for trances, in which they played the part of time machines, and secondly a guided imagination through the city.

In September 2005, we carried out five journeys in time. In the first session on September 11, we applied the method to ourselves. The Bulgarian members of our team were interested in how we as Germans would imagine their city, so we put together a second group of German participants who, on September 20, also undertook an imaginary journey through Sofia. Between the two experiments, three sessions took place during which the Bulgarian participants traveled to the past, present and future of their city.

All sessions were recorded on audio tape, as this kept disturbance to a minimum; video recordings were only made sporadically. The sessions were very intense, there were days with much laughter, but there were also sad moments. By the end, this city and its inhabitants had become very close to us. 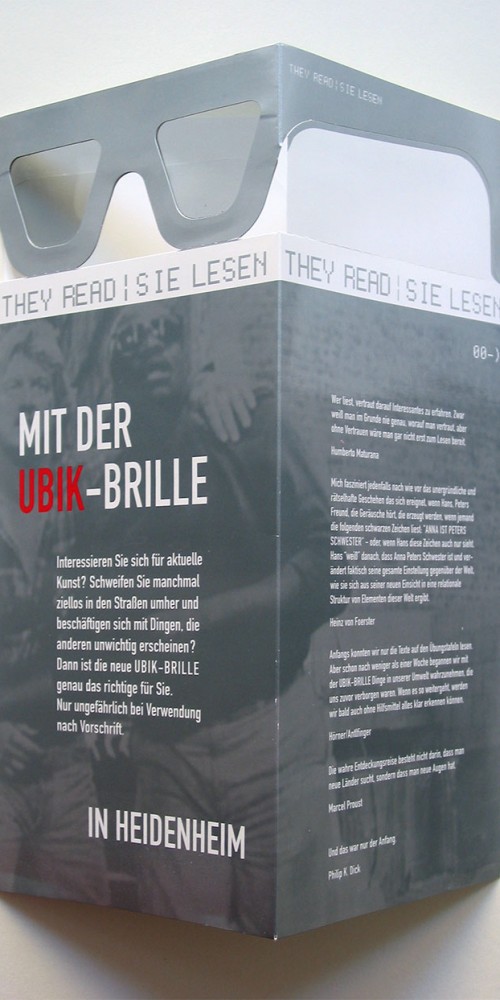 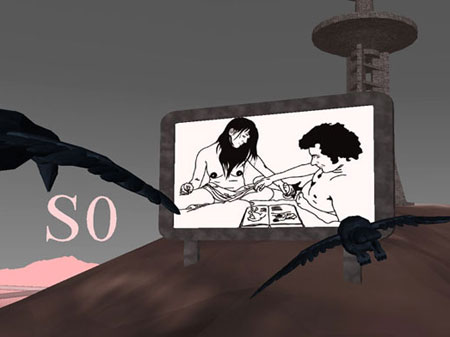 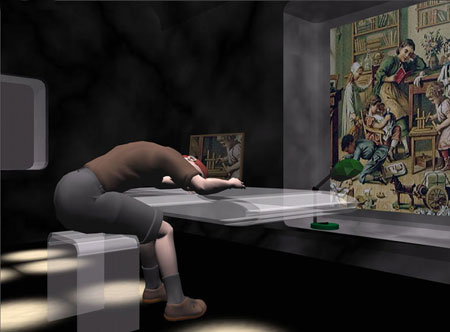