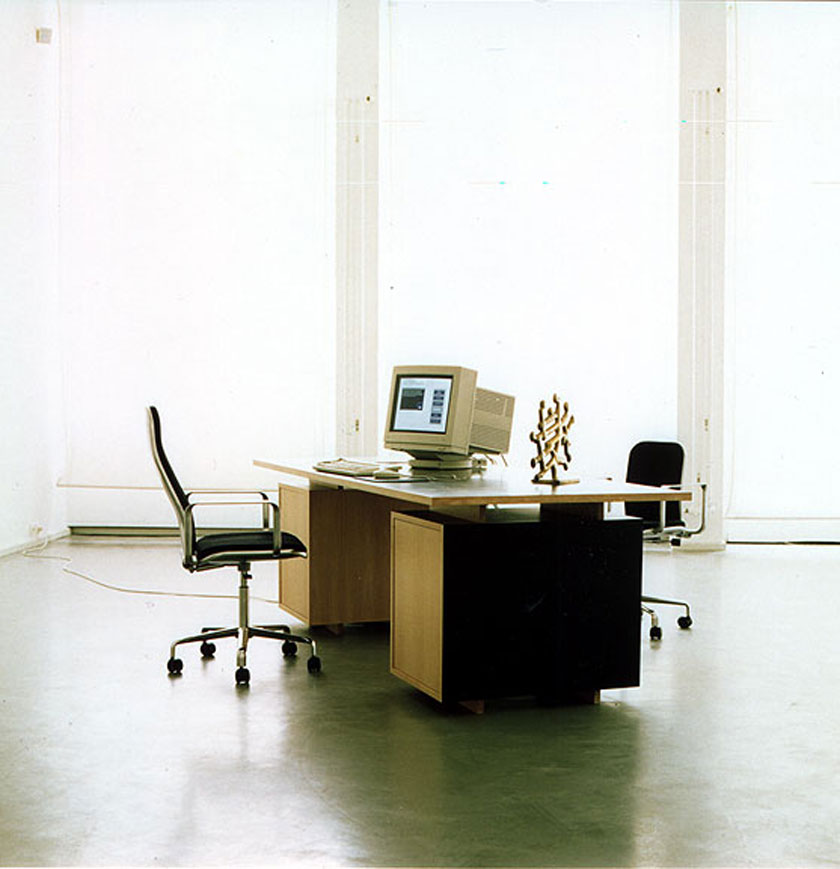 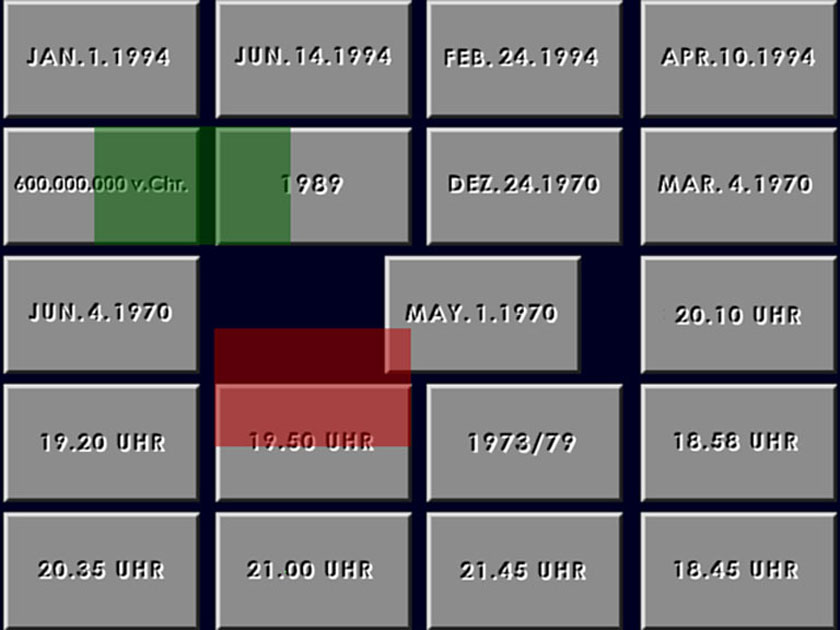 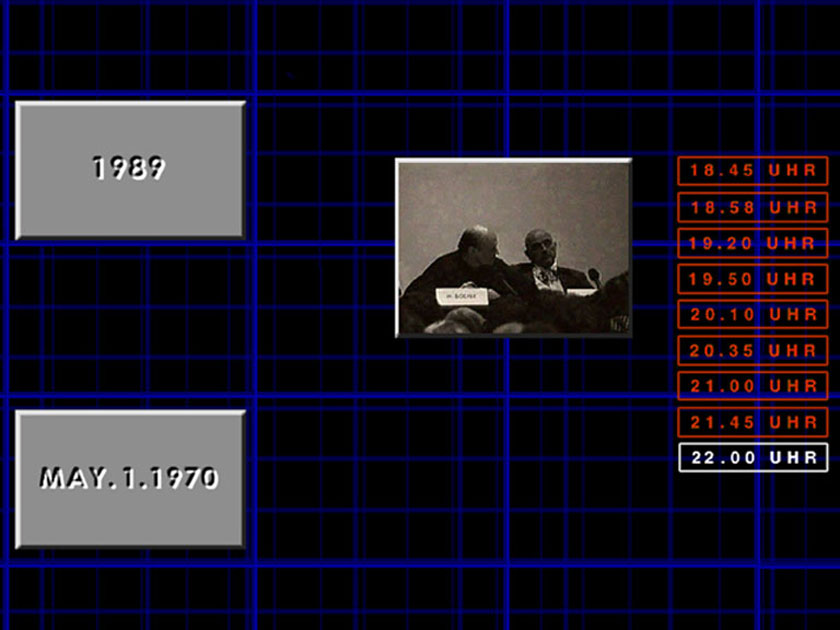 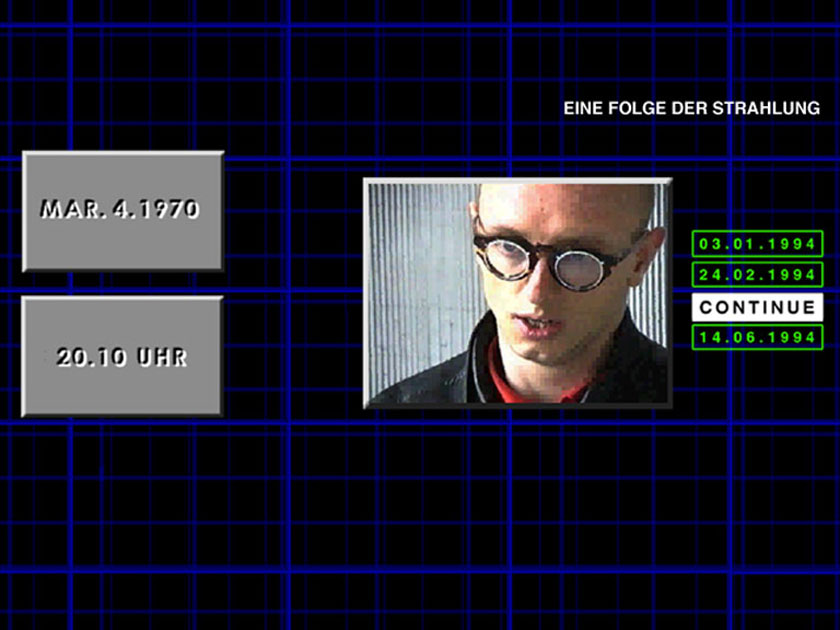 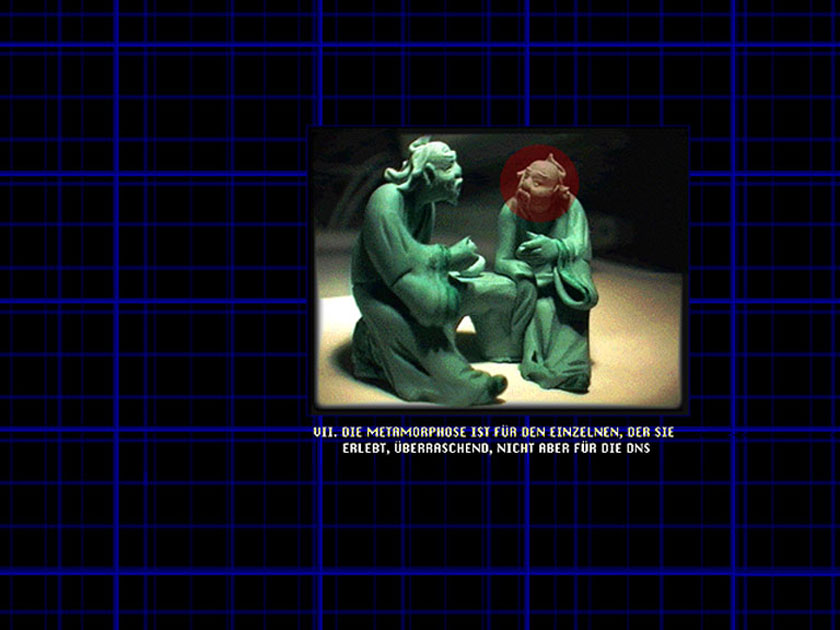 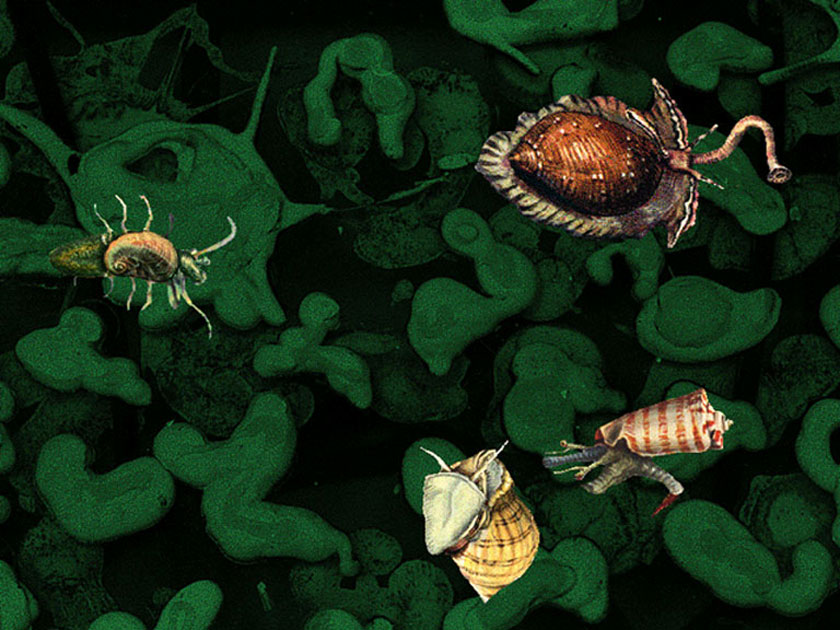 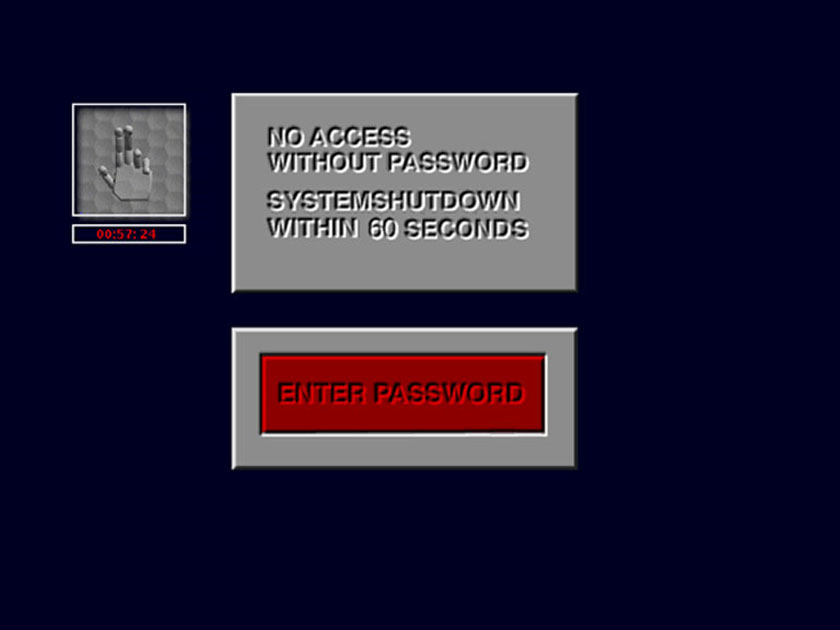 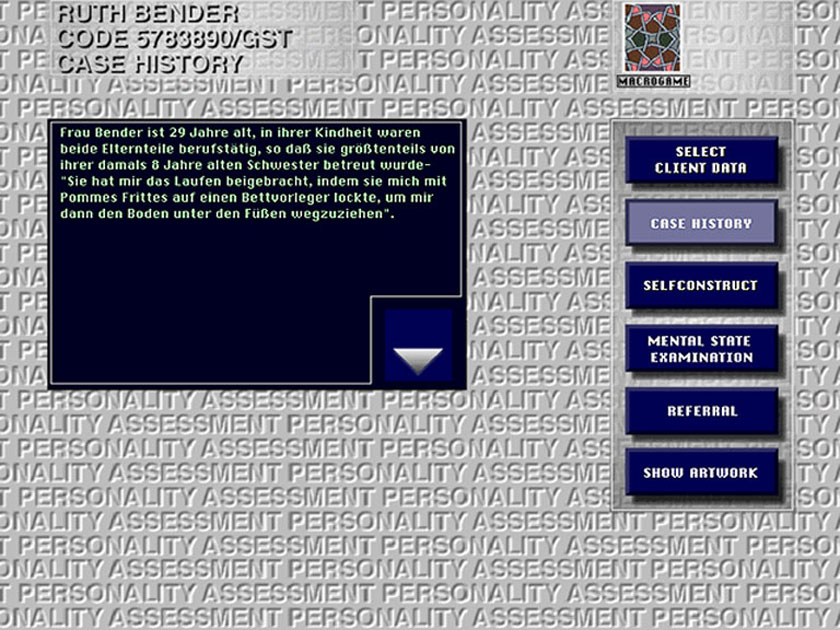 Sorry, this entry is only available in German.

“Possible Selves” is a game that begins on a psychologist’s desk. Visitors who fiddle about with his computer initially gain access to patient files containing case histories of young artists. In the course of browsing through these files initial pointers to a second, hidden layer begin to emerge. The second layer brings together recorded fictitious psychological interviews with documentary footage of a discussion about the utopia of art held in the Dusseldorf Academy in 1992. Timothy Leary, in the guise of an Ancient Chinese philosopher, commentates from the exo-psychological perspective upon the confusions of this first ”post-larval” generation. 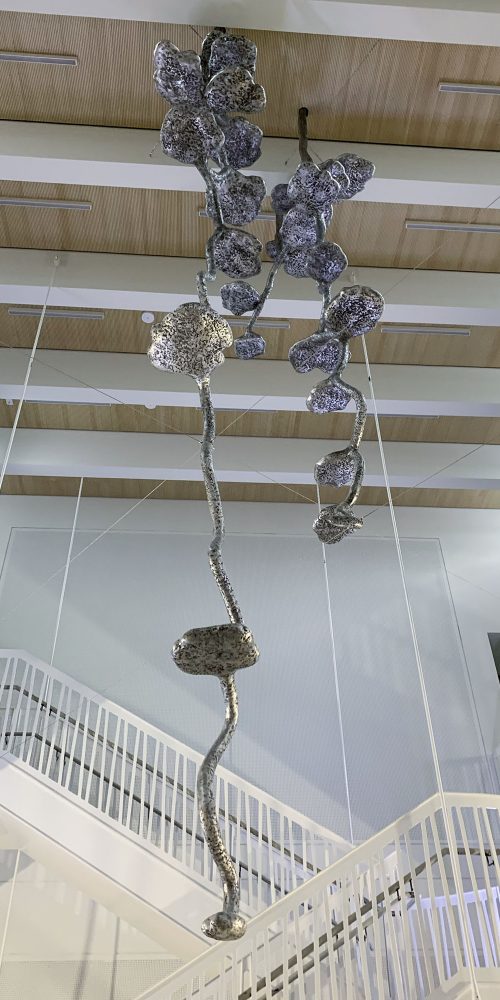 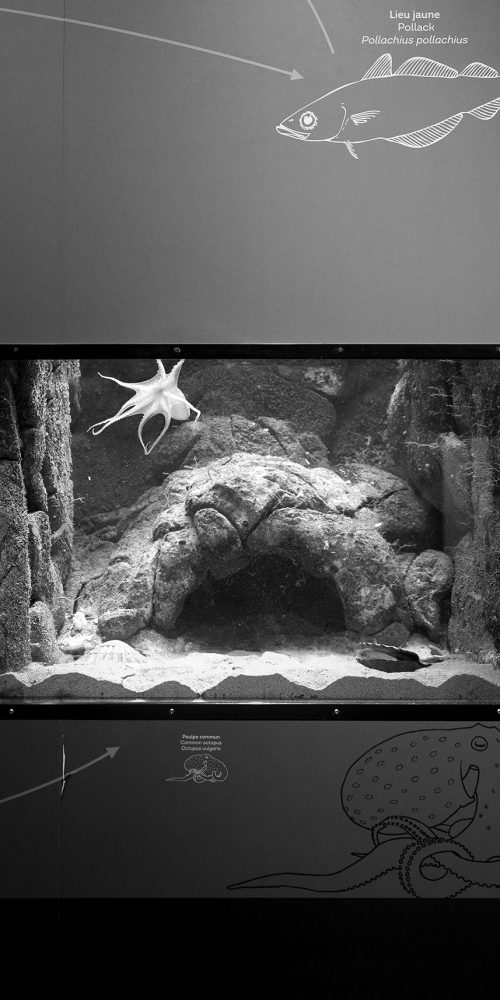 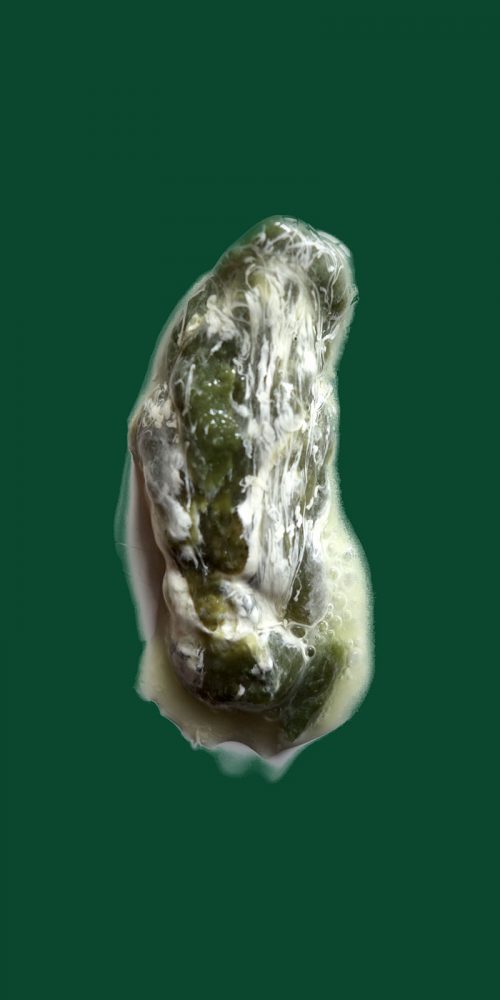