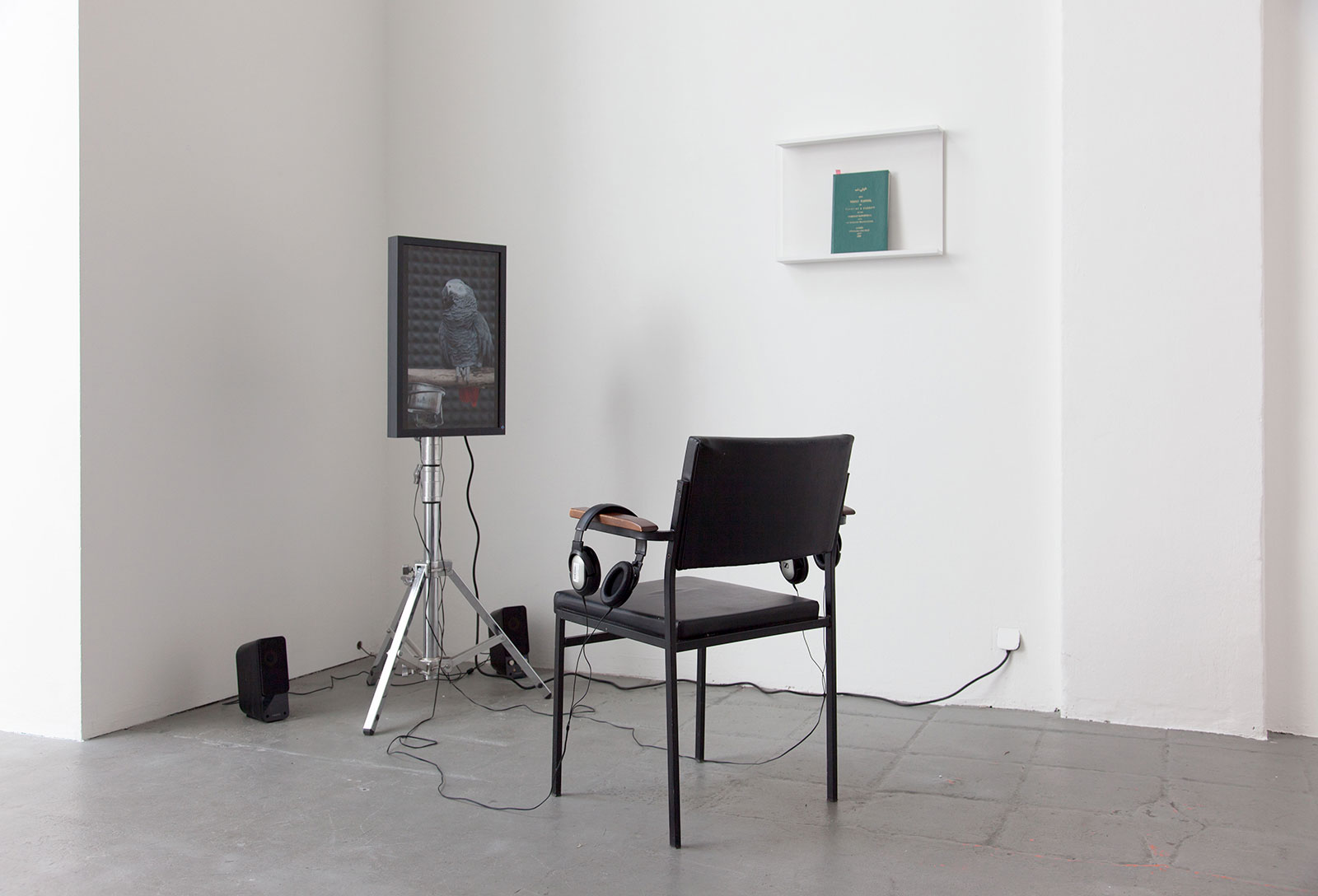 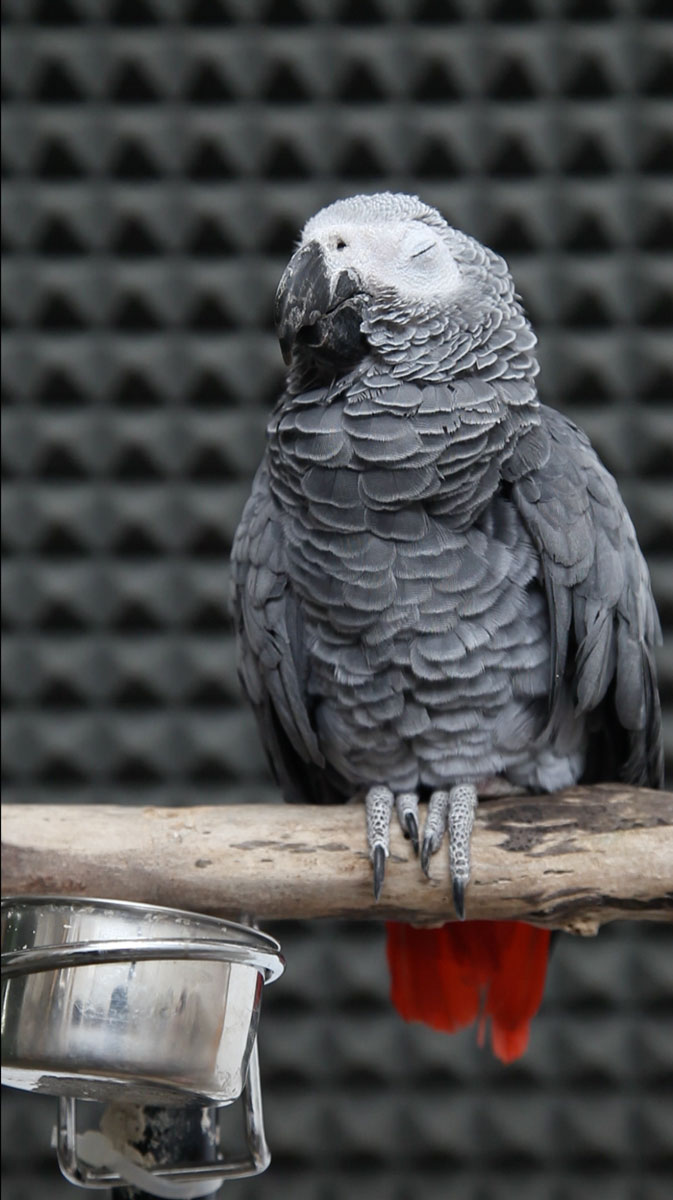 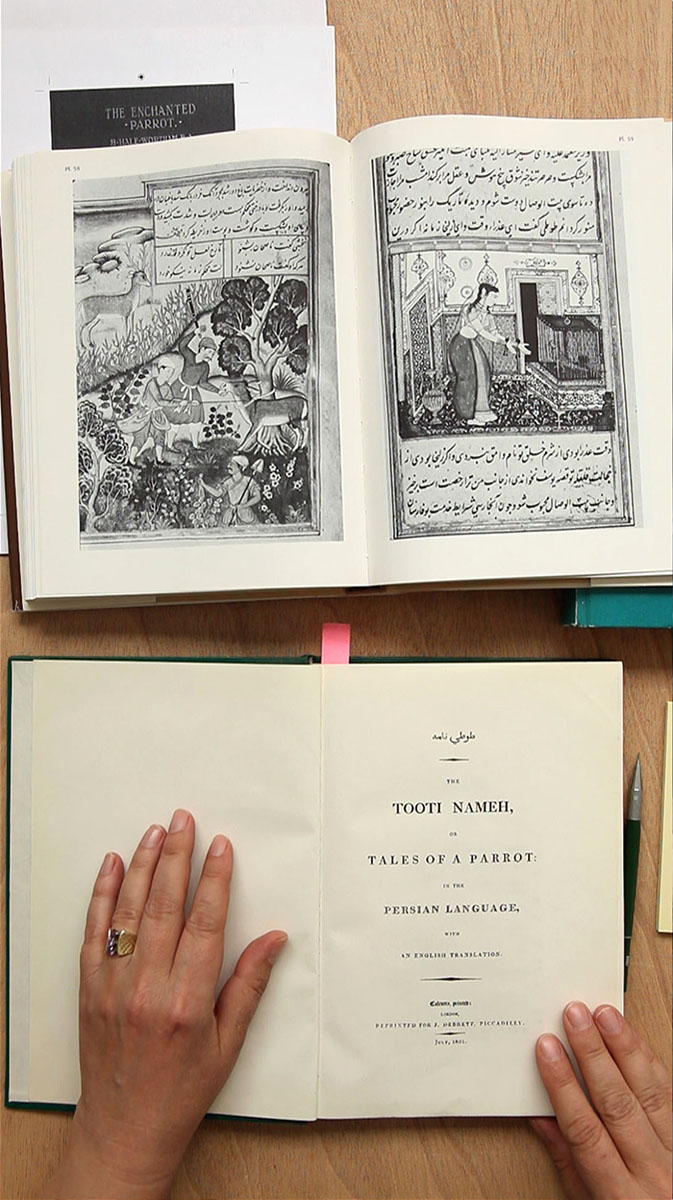 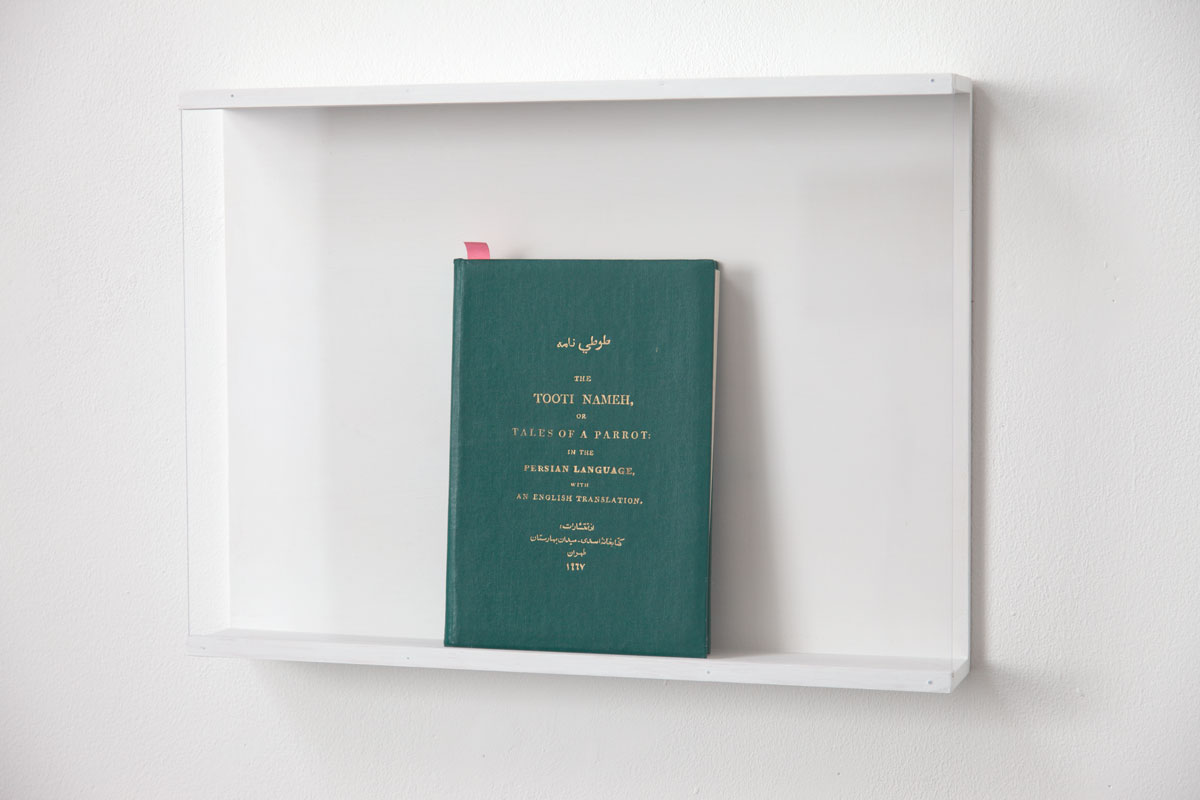 The Tooti Nameh or Tales of a Parrot, antiquarian edition 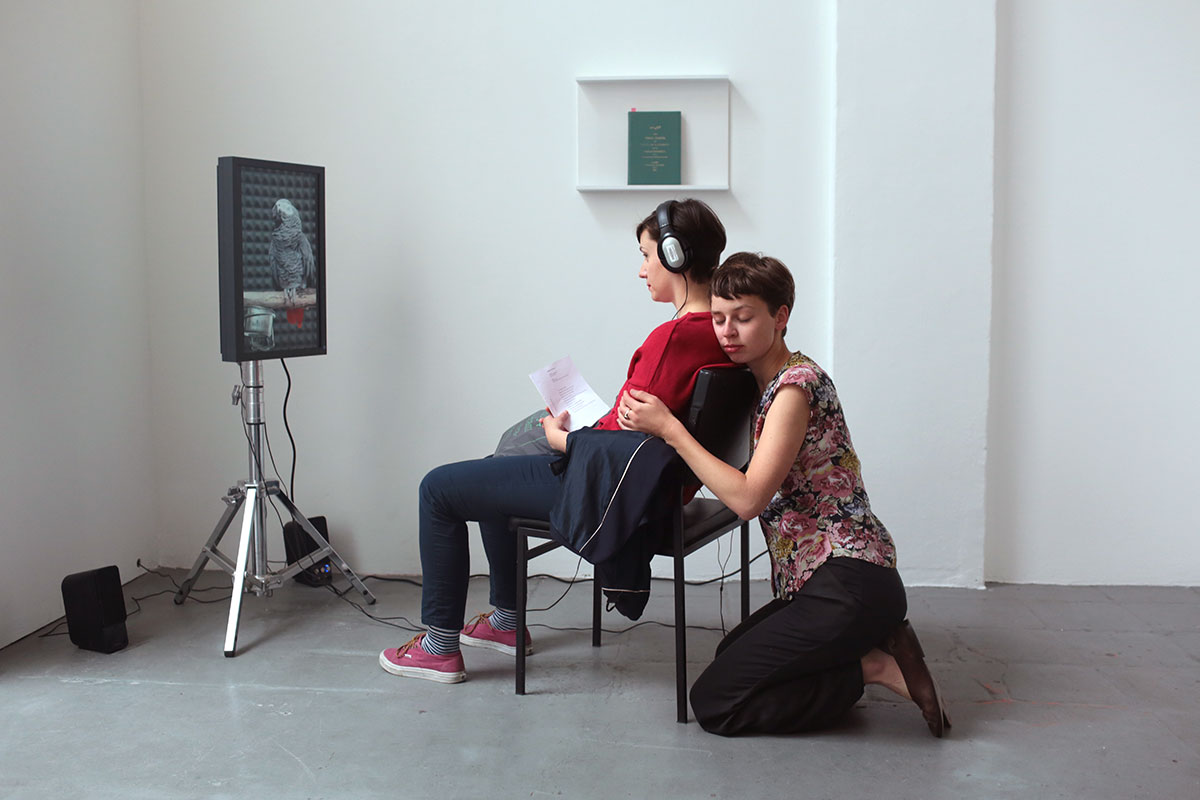 The “Tooti Nameh” or “Tales of a Parrot” is a collection of stories of Indian origin written down in Persia in the 14th century. In the late 16th century, the Mughal emperor Akbar commissioned an illustrated version of the work with 250 miniature illustrations. The moral of the stories, primarily aimed at controlling women, were of great interest to him as the owner of a large harem.The main narrator is a parrot that has been given the task of looking after the wife of his owner, a travelling salesman. His skill and cunning – telling her compelling stories evening after evening – prevents her from visiting a lover and saves his life.

In “Rereading the Tooti Nameh” the “Tales of a Parrot” are read to a modern parrot. His name is Karl. He was presumably born in the early 1960s in the Congo, caught as a young bird and sold in Europe where he lived with one or more owners. Finally, at the age of about 50, he was given to an animal shelter and it was from there that he came to us. On a summer afternoon we read to him from the “Tooti Nameh”, curious about how he would react to the tales of a fellow parrot from the 14th century. 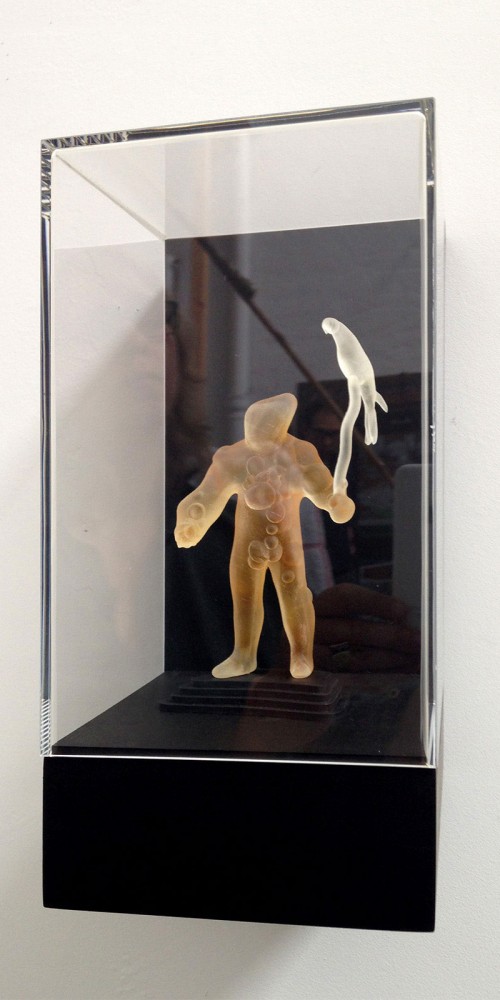 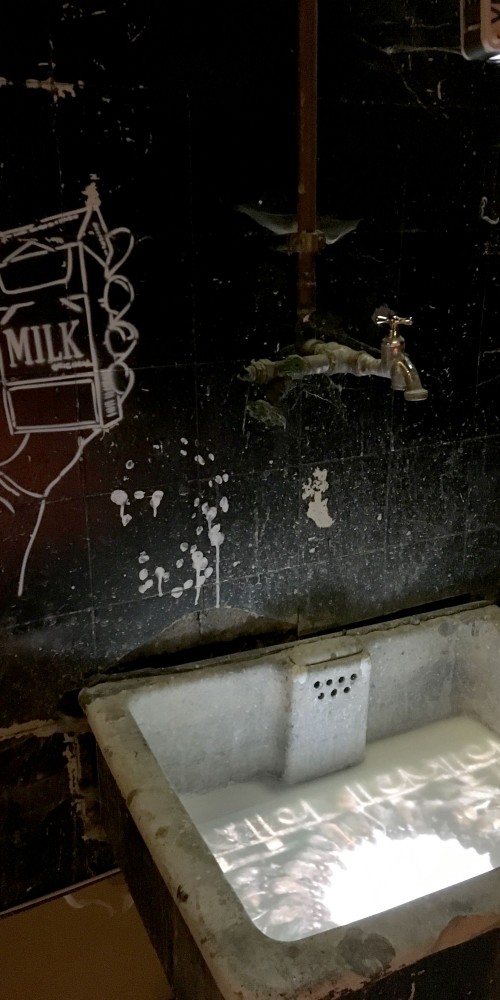 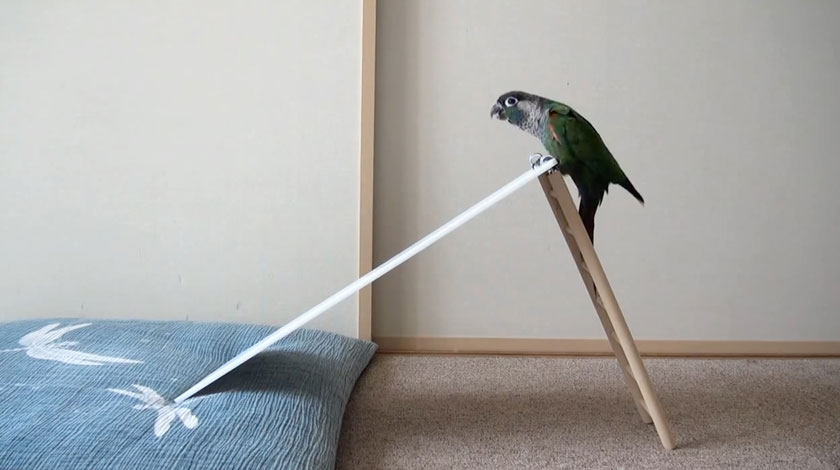